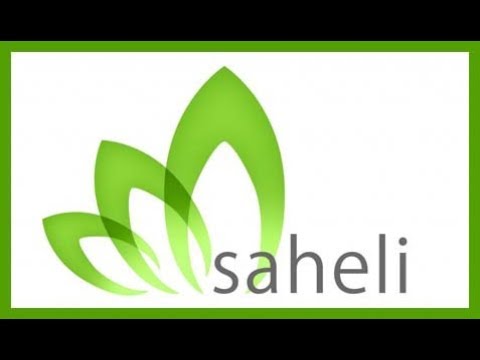 Raised by 59 people in 3 years

What began as a small, volunteer-run group in 1996 has now grown into a well respected local and regional organization. Saheli is the only South Asian domestic violence prevention agency in Massachusetts and has helped thousands of women rebuild their lives and break the cycle of abuse for themselves, their children and future generations. Run mostly by volunteers and a very small staff, dedicated advocates with cultural knowledge and speaking multiple South Asian languages, have provided caring and compassionate help to many women in crisis. Donate now and show your support for Saheli’s Purple Purse Campaign so that this important work can go on. Your donation will go back directly to the most vulnerable South Asian women in Massachusetts.

“I find myself apologizing just to make him stop hurting me. Sometimes I wonder if it really is my fault.”

Between August 2017 and September 2018, Saheli gave crisis management, housing stabilization, transportation, food and basic needs assistance of $8,150 to twenty-four women and children. The majority of the funds were donations to Saheli from generous friends like you. We depend upon your continued support.

Consider, for example, the story of Manju.

A vivacious, pretty, young woman, Manju grew up in a small town in India and her marriage was arranged by her parents. Excited about going to America, she was filled with hopes and dreams. However, after a brief honeymoon period she discovered the unexpected horror of her husband’s addiction to alcohol, gambling and pornography.

She remembers vividly her husband’s long absences; she spent hours alone, late at night searching for him in bars and casinos. She recalls drunken arguments, threats, screams and tears, the insatiable demand for sex and the use of weapons. Following each incident there were apologies, regrets, and promises to improve.

As his gambling and drinking became uncontrollable, and efforts at counseling were abandoned, Manju became pregnant. Now, with a child, there were days with no food in the house, the credit cards had been maxed out and the infant had serious allergies requiring medication. In desperation, Manju called Saheli for financial help. Over weeks it became quite clear to us that Manju was really in danger for losing her life. Paralyzed with fear, confusion, and uncertainty, she revealed the full horror of her daily life, she needed both financial and legal help.

As Manju struggled, her husband, after days of drunken absence from work was fired. Seeing that his marriage had also fallen apart, he disappeared entirely. Manju was evicted and once again, she turned to Saheli. We used our Economic Empowerment Funds to meet her needs, obtained food stamps, and kind friends offered help. Saheli, in turn, turned to their friend Manisha Bhatt of Greater Boston Legal Services and her colleagues for advice and they guided Manju to apply for an immigration visa specially designed under the Violence Against Women’s Act.

After 36 long months, a greatly valued green card was issued. Today, this brave young woman is excited about starting a new chapter in her life. She thanks Saheli and the caring people who surrounded her for their support and the chance to reclaim her life.

With your donation today, you are making a personal commitment to keep South Asian women safe. Every gift you make, in any amount, will impact a survivor of violence. Please donate today and join hands with Saheli to stop domestic violence and keep our communities safe. Do not let her become a statistic. We are counting on you!

We are grateful for your generosity and continued support.

Supriya Saurabh, President of the Board

Raised by 59 people in 3 years