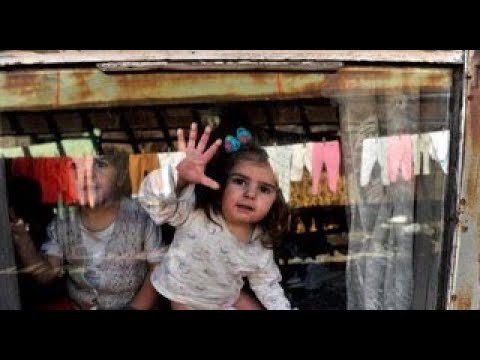 Raised by 2 people in 3 years

Poverty is restricting children and their families from moving out of a earthquake torn zone. It is happening in many parts of the world after devistation strikes.

We have come together with a mission to help make a difference.

We are starting with Armenia. Our home Country.

On December 7, 1988 Gyumri, the second largest city in Armenia was hit by a thunderous earthquake. It only lasted 20 seconds, but the emotional/physical aftershock is still being felt by the children and their families to this day, 30 years after. Spirits are still broken.

The cold season is once again upon them, many still live within the ruble of the destruction. No windows or doors to keep them safe from the harsh weather. Snow will soon be falling and children will begin to huddle with warmed up bricks on the stove to keep them warm at nights.

Togeher we can help this year be different for these children who have lost hope and have stopped dreaming.

Lets help to keep them warm, fed and clothed during this upcoming season.

Here is how your donations will help us directly impact the lives of at least 10 families:

HOW WILL THE DONATED FUNDS BE USED:

We are not just going to hand the funds to third party and not know where it was spent. We are going to personally go to Gyumri in late November to help directly provide the families:

Everyday necessities such as firewood to keep warm;

And relocation of the children and their families to a safe living environment is our bigger goal.

You are part of this journey with us.

*Every donor will receive updates on our Giving Process as

*Your donation will be appreciated on our social media channels.

There are many countries/cities around the world who are in the same if not the worst condition. But with your help, we are starting in Gyumri and moving to other cities, one by one.

The current work of the foundation, Passions & Dreams Funding will continue in the Los Angeles area, Our mission is to go global….. ONLY you can help us determine how far we can help make a difference. How many children"s dreams we can help reignite. How many lives we can build?

Silva Mirzoian Founder of Passions & Dreams Funding - a Non-profit organization since 1998 has been jump starting the lives of children at risk in the Los Angeles Area. Author of Jump Start Your Life Book, Silva the Genie Comic Book & Talking dolls. Creator & Producer of Power of Femininity Blog Show and Producer of "Broken Promises, Where is the Love" Documentary and an entreprenuer in Beverly Hills, Ca.

Silva speaks many different languages including Armenian and English  and is involved in many  humanity causes in the Los Angeles area and Australia. Inspiring and empowering children in Los Angeles and around the world is a cause she is very passionate about.

Naré Mkrtchyan Born in Armenia and raised in Los Angeles, Naré tries to combine both: the American filmmaking technique and the international, independent spirit. She holds a Bachelor of Arts in Film Production from the University of Southern California School of Cinematic Arts. She has written, directed and produced over sixty short films. For years she was an Executive Producer and Director at Hallmark's instant streaming company Feeln. Her passion is telling unique human stories that connect people and move beyond the boundaries of nationality, gender, and religion. Her last documentary, The Other Side of Home became and still remains as the only Armenian Genocide shortlisted for Oscar.

Raised by 2 people in 3 years