Each year, GISH participants work to “Change A Life” by making a profound difference in the lives of people and communities facing extraordinary hardship. Since 2013, Gishers have helped a wounded US veteran rebuild his life, provided life-saving resources for Syrian refugees, given hundreds of at-risk students of a South African dance school a way to transcend poverty, and provided over 150 Rwandan female genocide survivors a co-op farm/marketplace in their quest to become self-sufficient and provide for their families.

This year, in partnership with our friend Giles Duley, a renowned photographer who travels the world documenting stories from the victims of war, we are launching, our most ambitious Change A Life yet: one that will help save and improve the lives of countless children and adults in Laos.

Imagine the most harmless-looking objects in your neighborhood are actually the most dangerous. They appear to be small, metal balls about the size of a tennis ball. They're easy to overlook and appear to be little toys.

In Laos, these are not toys. They are unexploded, shrapnel-laden bombs.

Laos is the most heavily bombed nation per capita in the world. Hundreds of millions of bombs were dropped on the country during the Vietnam War—but over 30% didn't explode. These undetonated explosives lie dormant in fields and community areas. Often, a farmer will accidentally strike one, or a child will think it's a ball they can play games with and pick it up. These hidden dangers maim or kill hundreds of children and farmers. Since the Vietnam war, over 20,000 people have been injured or lost their lives - including over 8,000 children.

One of these children was two-year-old Kayeng. He and his cousins, Vaeng and Ching, decided to light a fire outside to stay warm one morning. Unfortunately, they lit the fire near an unexploded bomb and it quickly detonated, launching shrapnel everywhere.

Khiew is just four years-old. He lives with his 10-year-old brother, Pone, in the Houaphan Province of Laos. One chilly morning in the mountains, the two boys were huddled near each other for warmth, unaware that as they played, there was danger buried just millimeters below them in the dirt.

Now, Khiew and Pone suffer from mobility issues and deep psychological wounds. Pone can't play soccer (his favorite sport) anymore. But with your help, we can get children like them the support they need, so they can do things like walk to school and play with their friends.

"There was a huge explosion, and I was thrown to the ground," said Vaeng, "My little cousin (Kayeng) was screaming with blood pouring from his face. My brother Ching was unconscious, and my legs were bleeding badly." The shrapnel from the bomb injured Vaeng and Ching, and left Kayeng completely blind.

Unfortunately, there are thousands of stories like these with children left heavily injured, without limbs, or dead.

This year's Change A Life Campaign is going to help Laos in two ways:

First, with your help, we're going to continue clearing unexploded bombs from farmlands. Your support has helped make hundreds of acres safe already for the children and families of Laos.

Second, our bigger initiative, will help fund the manufacture of much-needed prosthetics for countless Laotian children and adults missing limbs. You'll help provide limbs and arms for children so they can walk to school and play, and farmers so they can provide for themselves and their families. From the funds raised, we hope to improve the lives of thousands in Laos for years to come.

For our Change A Life Ambassador, Giles, this story is particularly meaningful. In 2011, he was injured by a landmine while working as a photographer in Afghanistan where he lost both of his legs and an arm. He knows what it feels like for children like Kayeng to have their lives completely changed. With the help of prosthetics, Giles was able to continue his life's work spreading awareness about the human cost of war. He wants to provide the same opportunities for victims in Laos.

"When I was in Laos, I met so many children who'd been injured in similar ways to myself. I know first-hand the pain they are in each day, both physically and mentally. I kept thinking, why should a child have to go through what I do each day, simply because they were walking to school and were injured by a bomb left over from a war that ended years before they were even born? They are completely innocent, yet they have to bear this terrible burden."

"If documenting the impact of war means one more child isn't injured like this, my life's work will have been worth it. It's beyond words to say how much it means to me that, this year, the wonderful GISH community can make that dream a reality. Together, we can prevent many, many lives from being destroyed by unexploded bombs as well as help Laotians who've lost limbs live a richer and fuller life. Together we can help children walk to school in safety, we can enable them to play without risk of death or injury, and we can help prevent further accidents like Kayeng's. Together we can help make Laos a safer place – what an amazing achievement that would be for the community of GISH!"

We're going to partner with Random Acts, a 501 (c)(3), to raise $150,000 to help protect thousands of Laotians from unexploded bombs and provide countless children and adults with prosthetic arms and legs. We want EVERY child in Laos to be able to walk to school and play without fear of bombs. We want EVERY child in Laos who has lost one or more limbs to have access to prosthetic limbs. We may not achieve this lofty goal, but that's not going to stop us from trying to get close! Join us!

DONATIONS ARE 100% TAX DEDUCTIBLE AND 100% OF THE DONATIONS GO TO THESE EFFORTS (for countries other than the U.S., deductions are contingent on your laws). 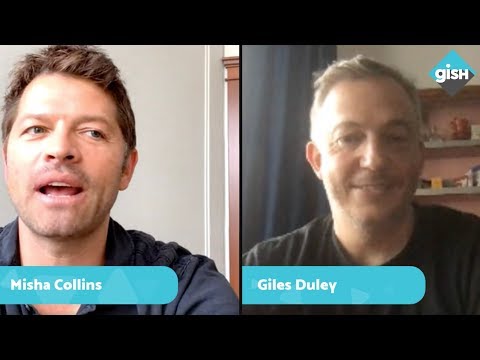