Atlanta, GA. Team Draft's 5th annual Lung Cancer Survivors Super Bowl Challenge kicked off on November 1, 2018. This unique fund raising challenge gives lung cancer survivors the  opportunity to raise funds for public awareness and cutting-edge  research that is giving new hope to those battling this often  misunderstood disease. The top three fundraisers, announced on December 31st, 2018, will earn trips to Super Bowl 53 in Atlanta, GA, the 2019 NFL Pro Bowl in Orlando, FL and the Taste of the NFL in Atlanta, GA. The survivors will have an opportunity to share their powerful stories with key  individuals with influence from across the country. #RepYourCity #RepYourCancerCenter #RepYourLCOrganization

Founded by Draft and his late wife Keasha, who died of lung cancer in 2011 at the age of 38, Team Draft is dedicated to raising lung cancer awareness and increasing badly needed research funding through its Campaign To Change The Face Of Lung Cancer, which is committed to shattering the misconception that lung cancer is a “smoker’s disease.” The centerpiece of Team Draft’s Campaign is its annual Lung Cancer Survivors Super Bowl Challenge.

As Draft explains, “the Super Bowl Challenge gives us a unique opportunity to use the overwhelming media coverage surrounding the Super Bowl as a platform to raise critical public awareness about lung cancer on an international level.  With the game as a backdrop, we can use each survivor’s story to weave a broader narrative about the state of lung cancer and the hope that now exists for those battling the disease.”  And Team Draft’s efforts are paying off.

Lung cancer survivors that raise over $5,000, their designated beneficiary will receive 80% with the remaining 20% going to support Team Draft’s mission to change the face of lung cancer.

For the survivors who participate, the Super Bowl Challenge is so much more than just a fundraiser.

“Team Draft has really helped boost our family’s spirits during this challenging time,” says Dr. Lucy Kalanithi. In 2015, Lucy and her husband, Dr. Paul Kalanithi, won Team Draft’s inaugural Super Bowl Challenge and were able to join Team Draft in Phoenix, Arizona for Super Bowl 49.  Paul went on to write the bestselling memoir When Breath Becomes Air — a powerful and moving chronicle of his life and lung cancer journey — before passing away at the age of 37.

2016 Super Bowl Challenge winner, Kim Ringen says, “As a lung cancer survivor, I would highly recommend to anybody to put your hat in the ring because it is so uplifting to be associated with a group of people that are coming together to make a difference.”

Special thanks to NFL, Astra Zeneca, and all of our Team Draft supporters for helping make this experience possible.

Team Draft, an initiative of the Chris Draft Family Foundation, is dedicated to raising lung cancer awareness and increasing research funding by shattering the misconception that lung cancer is a “smoker’s disease.”  Despite the fact that between 20,000 and 30,000 people who have never smoked are diagnosed with lung cancer in the United States each year, the smoking stigma negatively impacts lung cancer research funding, Team Draft is out to change all that. To learn more about Team Draft, share your story, or make a donation, please visit www.teamdraft.org. 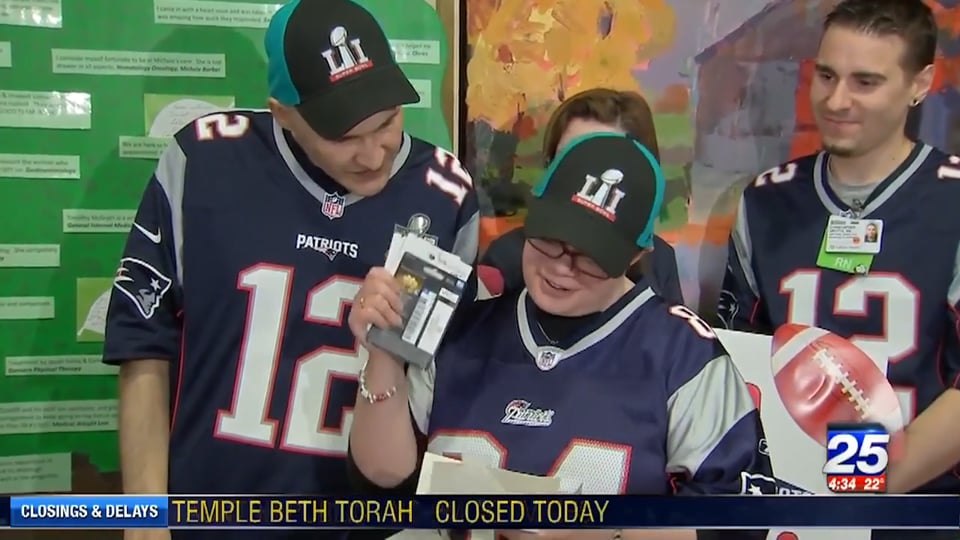 Select this option if you want to join a team that’s already part of this event.

Create Your Own Team

Select this option to start your own personal team in this event.