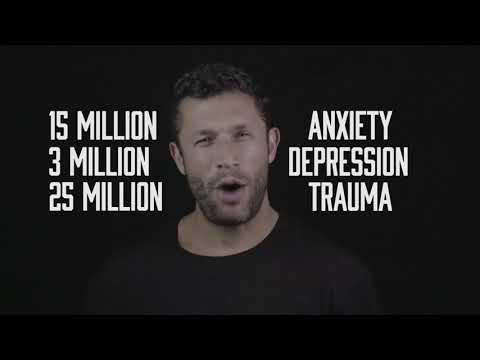 The Cure Is Near

The Cure Is Near is a campaign to raise money and awareness for the Non-Profit research organizations that are advancing the future of psychiatric medicine.

In the wake of continued mass violence, such as the shooting in Las Vegas, and tragedies at grade schools that have become all too common, many of us are wondering how we can help.  There are victims that need blood transfusions, and families that need financial support.  Thank you to everyone who has helped in that crucial triage effort.  But what has the power to fix the root cause?  What is going to prevent this from happening in the future?  I believe these medicines can, but it will take our support to make them a viable option.  Dr. Dan Engle, a clinical psychiatrist with years of experience inside a psychiatric hospital states “the urge to violence has it’s origin in deep personal suffering or trauma.”   What MAPS has shown in the phase 2 clinical trials is that trauma, even intense PTSD, can be cured.  What Heffter has shown in its phase 2 trials is that the pain of depression and anxiety can be cured.

But there is more data.  A host of promising indications for addiction and a small Swiss study that has shown that both MDMA and psilocybin have the ability to reduce the feelings of social rejection.  This pain of feeling rejected and cast-out by society is a theme that shows up in many forms of pathology, including some of the horrible ones that show up on television.  What if there was a treatment available?

We are so close to that potential reality.  In the time since this video was produced, the FDA has granted MDMA assisted psychotherapy “Breakthrough” drug status in advance of the pending phase 3 trials.  This means that MDMA therapy will be given preferential review to expedite time to market, because of the immense benefit it could provide to society once legalized.  The FDA knows as well as everyone else who has seen the data, the moment MDMA is allowed to become a tool in the hands of skilled practitioners the world will change.

I applaud everyone who donates in the wake of a shooting like Vegas.   But there is a disaster happening every single day that these medicines aren't legal.  Small disasters like rape victims living with PTSD that could be cured.  Victims of cancer who could find a reprieve from their crippling depression.  Estimates of up to 40 veterans and first responders who are driven to suicide per day by the trauma of their noble work.  And if we cure their pain, we cure their family's pain, and maybe, just maybe we can prevent people from resorting to violence against others.

By donating to The Cure is Near crowdrise campaign, 50% of the money will go to MAPS.org for the imminent phase 3 clinical trial for PTSD, 25% will go toward the upcoming phase 3 trials for psilocybin conducted by USONA, and 25% will go to continued research on the potential medicinal treatments of psychedelic medicine by Heffter.

We are right at the tipping point where every dollar counts.  I truly believe that there is not a time in human history where a charitable donation could impact more lives than this.  These non-profit organizations only need a few million dollars more to push forward with the decisive clinical trials.  The millionaires and big corporations are scared of supporting "psychedelic" medicines.  So it is up to us.  You are the force behind the cure.  Share the message, rally together and we will be a part of the changing of the old ways into a new era of consciousness and healing.  Please help humanity and her people-- I believe she is worth saving.  Much love,

*If you have any questions or would like to place a larger offline donation please contact hello@aubreymarcus.com.  All donations will receive a proper non-profit receipt valid for tax exemption.