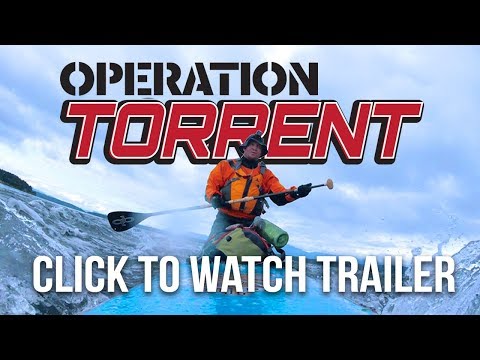 TOR-RENT (n): - A fast-moving and overwhelming stream or flood of water. A sudden, violent, and copious outpouring of something (typically words or emotion).

Every soldier leaves the military (and combat) with the notion of continuing life with the same passion, work ethic, and values that drove them to serve this Nation to begin with. Often, the torrent of life events that occur after separation from the military and mission can feel just like the roughest seas, harshest storms, and darkest night on the open water. Alone. This has been Josh's journey to conquer these challenges. Regardless of how tough it gets, we are never really alone!

Josh is raising money for the non profit organizations most responsible for his prolonged and continued recovery from multiple Traumatic Brain Injuries (TBI) and Post Traumatic Stress (PTS) after the completion of a 20 year military career in the US Army Special Operations and with multiple rotations in combat. By 2014, and 6 years later, he found himself in a downward spiral after 2 back-to-back Mild TBIs while serving as a military contractor in the SOF community, and on top of the 7 he sustained during combat operations and training. He became suicidal, and his actions and behavior grew increasingly alarming to all. Taking more than a dozen prescribed medications daily for pain, sleep, seizures, and anxiety, he also began drinking heavily day and night. By April of 2015 his wife Tonia made the call to the SOCOM Care Coalition who put a plan in place, and alongside his former Unit, and Military Contracting company to get him help. Tonia coerced him into flying to Tampa with a string of cocktails, and a team of specialists intervened to get him the help he desperately needed. He was admitted into the James A Haley Polytrauma Center in Tampa, FL and stayed for the next 3 months for advanced TBI modalities, cognitive and physical therapy, and PTS counseling.

Last year Josh completed Operation PHOENIX for the Task Force Dagger Foundation and paddling over 2600 miles over 5 months from Texas to the Statue of Liberty NYC raising almost $250,000 for Special Operations Veterans in need of care. (video here from the Veterans day Dr OZ Show - https://www.youtube.com/watch?v=eJ81FsYZYC4&t=63s )

Operation TORRENT will be complete when Josh Collins attempts a SUP completion of the R2AK - Race to Alaska 2018. This is 750 miles of open water from Port Townsend Washington to Ketchikan, Alaska, and is some of the most treacherous waters for small craft along the Pacific Coast. Two smaller “training” missions will be completed in 2017: the Everglades Challenge (300 miles) and the Chattajack 31. Josh also made the trip to Port Townsend, WA this year and completed Stage 1 of R2AK, 42 miles from Port Townsend across the Juan de Fuca Strait ti Victoria, BC. The Trailer was filmed at that time.  A full length documentary, of "Operation Torrent" has begun, to document this journey, and to tell the story of post combat recovery.