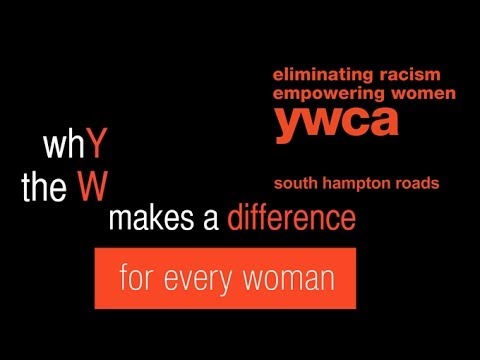 How your gift will help the YWCA:

The YWCA South Hampton Roads spent this year elevating women and communities of color by calling for the elimination of racism, the empowerment of women, and the promotion of peace, justice, freedom, and dignity for all.

We are proud to be part of a movement, with more than 210 YWCAs nationwide providing services to more than 421,000 women, children and community members each year who are in need of domestic violence and gender-based violence programs. As a movement, we provide needed care and support for survivors as they rebuild their lives after experiencing domestic violence, sexual assault, human trafficking and stalking. This past year in Hampton Roads, the YWCA South Hampton Roads assisted 10,114 clients in need of our help.

Also this past year, we worked to build brand awareness through a specially targeted marketing campaign that showcased our comprehensive wraparound services including the Coordinated Crisis Response hotline, which answered over 10,000 calls over the past twelve months. This campaign featured radio ads, billboards, newspaper articles, and social media posts that can be found at www.ywca-shr.org.

This year also included our 30th Anniversary of the YWCA Women of Distinction Luncheon where we honored twelve amazing women for their contribution to the Hampton Roads community while also raising $143,000 for victims of violence. The dollars raised were used to further our mission to support women and children by providing more than 14,270 bed nights, 2,702 counseling sessions and much, much more with the help of the YWCA staff and more than 21,300 hours provided by volunteers.

On a daily basis, communities of color face the threat of violence and many other injustices. Our newly formed Racial Justice Taskforce is working to address institutional and structural racism head-on – empowering those around us to imagine a future without racism, bias, gender inequality, and discrimination.