Thank you so much for your donation to Chicago Adventure Therapy to help support our youth paddling trip in Baja California!
Sometimes, with the youth we work with, things don't go as planned. With this trip, we had one young woman who had to deal with a State administration that won't produce her their birth certificate, which means thay can't get a passpot; a young person who was told at the very last mionute that she had to be in summer school during this trip; a transgender young man whose passport took too long, in order to try to get all the paperwork to get his passport with the right gender; a young woman whose son was briefly (as far as the system goes) in the child welfare system, and who came home 4 days before the trip was to begin; a young man who had a job interview two days before the trip, and was offered a job starting the day before the trip...

Sometimes, with this population, it's easy to say that they "made a poor decision" or "have a tough time planning ahead."  But sometimes, the system is rigged against them.

We're bummed when it happens - because we want them to come on adventures with us. Often, when they can't come, they're making a very good decision.  Sometimes, a bureaucratic system is working against them.  And every now and then, they make a poor decision that impacts their ability to join us.

If you would like a refund of your donation, please let us know at andrea@chicagoadventuretherapy.org. We can do that for you easily.  We ahven't had to do it before - we don't actually cance trips very often - so we don't know exactly how it happens.  We presume that the refund will be credited to the card you used to make the donation.
Thank so much for your support!
-- Andrea Knepper, LCSW  |  Founder and Executive Director

In the summer of 2017, a few staff members scouted a paddling trip on the Pacific coast of Baja. Now we're getting ready to take a group of youth paddling in this incredibly beautiful and dynamic venue with world class sea kayaking coach Jen Kleck. Travel is expensive! So we're raising funds for the #Baja2018 Crew to learn to get there. We hope you'll help them achieve their goal. Thank you!

Take a look through the photos to meet some of the team. 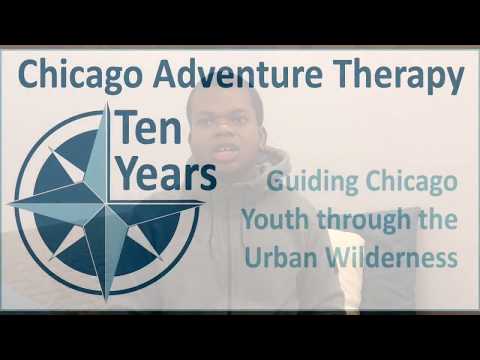