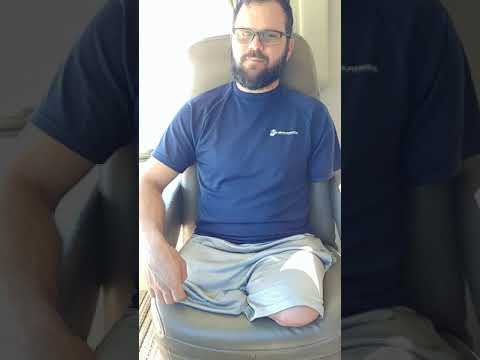 My name is MIchele Ladd and I am Founder of National Veteran Resources, a non profit offering help to American heroes with PTSD.

In 2019 I met my friend Tom McRae and he changed my life, my mindset, my mission. On February 28th, 2020, Tom and I are taking a trip from his home in North Carolina to Texas and back. We are traveling in my 32 Ft RV wrapped in the American Flag featuring portraits of Service Members and Veterans.

I recently submitted a video to ONE80 Outdoors TV regarding a Thermal Hog Hunt contest with Tom as my hero and my plea as to why he deserves to win. John and Jess Rogers are offering their home, land and the hog for Toms trip.

Knowing Tom could not fly as he needed all 3 of his Wheelchairs and many other needs he had, I spoke up and said that if Tom wins I would pick him up and travel with him for the 12 days of the travel and hunt and Good Lord, he won the hunt contest.  We are travling with another Wounded Veteran, Mike who will be assisting me drive and help Tom.  I will be pulling a trailer with all of Toms equipment and the cost of gas, 6 nights in hotels and meals will be great.

ONE80 Outdoors TV is covering a generous portion of it, the Pallbearers made a generous donation to help and this fundraiser is for the remaining expenses. This is a quick video we did when I drove to Toms house to be sure we could get him in the RV, and we were successful and are so excited about this trip. https://youtu.be/SyuVvEyfzzA We invite you to follow us on FB: http://facebook.com/nationalveteranresources and Youtube: http://youtube.com/rvherogypsy

Here is a story written about Tom by the American Cowboy: Five-and-a-half years ago, in January of 2012, Marine Corps Gunnery Sgt. Thomas McRae stepped on a 20-lb. IED. “Both of my legs got blown off above the knee, and then my left arm was amputated above the elbow. I got hit in the face, and so, initially, I was blind in one eye because the nerve got torn, but they cut that out, eventually. Where I got hit in my head, in my eye socket, a bunch of bone fragments shot back into my brain, which means I’m lucky I’m not drooling on myself.” This is Tom.

He is a single dad raising his 9-year-old daughter and he served our country for 14 years, joining right out of high school in 2000. He deployed six times—to Japan, Bahrain, Kuwait, Portugal, Iraq, and finally Afghanistan, “to a sweet little hell-hole called Sangin,” Tom adds, which, in 2017, continues to be a war-torn city, with the Taliban recovering control just this past March. For the first many years of his service, Tom was a machine gunner in the infantry. Then he elected to go to the Explosive Ordnance Device (EOD) school to continue his service as an EOD team member. And he might be one of the few men in the world with no legs, one arm, and one eye who considers himself some version of lucky. But that really is Tom.