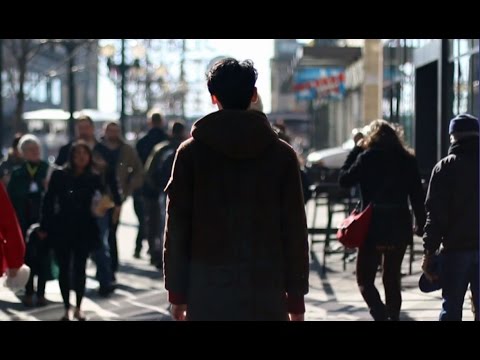 Raised by 17 people in 3 months

Creator Maikaru survived horrible experiences, and had a documentary made on his survival. It went on to win Best Documentary Short at Seattle International Film Festival 2014. It was eligible for an Academy Award nomination, but that was the first year of #Oscarsowhite campaign.
There has been many questions of what happened after the documentary short.

well we are here to give you a small update!

Maikaru ended up completing his MA in Social and Sustainability, and MBA. His professional experience is a producer/ project manager.

He is currently in the midst of a coding bootcamp, while also developing this game show!

He hopes with your support to film pilot episodes of the game show!

Through his company Mainasty Productions, he is working with a fiscal sponsor to accept tax deductible donations for only the production aspect.

Mainasty Productions is finalizing the contestant lists, locking in the studio in the greater Seattle area.

Since studios charge by the day not by the hour, it makes financial sense to make use of the time.

We here at Mainasty Productions hope to film four pilot episodes, each game is roughly 15-20 minutes.

Some game shows costs up to $25,000+ per episode to produce, but we are trying to be resourceful and are able to film the four pilot episodes for about $6,000 total!
We set our goal to $6,700 to include the tax, GoFundme fees and the Fiscal Sponsor fees.

We are securing a wonderful sound stage studio space to film out and with some of their crew members in addition to ours, we can make four great polished professional quality pilot episodes. Running time for each episode is expected to be about 30 minutes but is subject to change after filming.

We are envisioning something greater than public access or High School news production quality and want to get it right on the first try.

The Fiscal Sponsor is NW Film Forum  which fortunately has screen the documentary Short Maikaru and is familiar with his story of overcoming unfortunate circumstances.

We are thrilled to work with them and hope you consider giving a tax deductible donation as well as sharing this campaign with others you feel may be interested in supporting such a cause.

The designer Maikaru started Mainasty Productions with the mission to increase diverse and inclusive narratives across media and games. Born and raised in Seattle, WA USA. His family overcame some unfortunate traumatic events. This inspired him to want to story tell in any way that he can. He has produced, written scripts., directed short films, commercials. He has shown his community you can survive horrible things and still find ways to contribute and be happy. He has a huge love for cats and games. Thus, he combined the two; cats and games!The documentary he was featured in won at Seattle International Film Festival! and featured on Seattle's PBS KCTS9 show In-Close

Jackey (he/him) will be a co-host of Vicious Cats!He was born and raised in Taipei, Taiwan (ROC). He studied Business and had no pets until he moved to the USA. Here he fell in love with cats and is excited the Vicious Cat character is inspired by his cat. He loves to play social games, Mahjong, and looks forward to co-hosting this game show for you all! He now lives in Seattle, WA USA

Saint Ryuu (she/her)  is an Illustrator and 2D concept artist focused on Character and Environment design for the Entertainment Industry.  Saint Ryuu loves cats and capybaras and she grew up reading every magazine issue of Cats USA since before she could even understand English. She designed several of the character artwork!

Nere Kapiteni (she/her) is an animator/motion graphics artist and illustrator. As a child, a pencil, sketchbook, and escaping into nature were all she needed to disappear into a world of her making, keeping her entertained for hours.           Though she had set aside art for a more a path in environmental studies, she couldn't go without art in her life for long. Therefore, she pursued a career in the arts, with a concentration in animation. Illustration had been her main form of expression, and now had a way to bring her drawings to life! Her ultimate goal is to use art skills and background in wildlife conservation to create educational media promoting environmental awareness and positive social change.She designed the Vicious cat character art!

Brian Young (he/him) worked on the instructions!A writer of over thirty books, Game Designer for Troll Lord Games, Educator for nearly twenty years, Entertainer and gamer for thirty-five years. He is a scholar of Antiquity, languages, cultures, and history, with two degrees and may plan to go for another soon in Science. Brian was a long lost cousin to Maikaru, but not anymore. They found each other on a family tree and confirmed they are indeed family. Both are creatives and excited to work on their first project together.

Format of the show:

This is a game of deception and logic. We will have 12 players total.There will be two teams, but not everyone will know who is on their team.The House Cats will have to find and hunt down all the Vicious Cats before the Vicious Cats claw them all out!We will film four rounds of games to make use of the six hour studio time.Each game will run about 15-20 minutes.We have a great cast of contestants with different personalities and approach to this game! This will definitely be fun to watch!

We are thinking of you as angel donators!Since we are working on our first show, and this isn't a typical start up. this is our version of a startup!~As we are using a fiscal sponsor (NW Film Forum ), we are not able to offer any rewards as that is considered a transaction, thus voiding donations.We do have stretch goals in place should we exceed our first goal. These will be revealed when the first goal is reached, and will help improve the production of these pilot episodes

Your support will cover:

catering the contestants and crew members

The sound stage we are using will include:

1 audio engineer (we will have each contestant mic'd)

2 hours of pre-production the day of

We hope you dig deep in your heart and help this startup have a first successful project produced! Once we showcase our talent we will only produce more and more things!

Raised by 17 people in 3 months