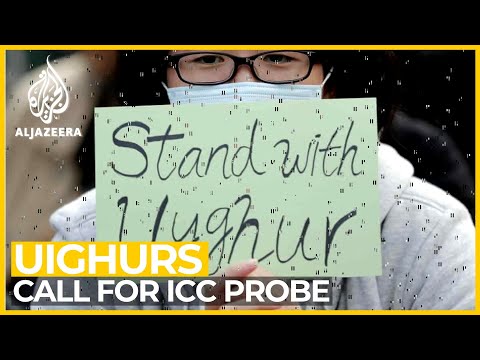 Lawyers representing the East Turkistan Government in Exile (ETGE) and the East Turkistan National Awakening Movement (ETNAM) have submitted a lengthy Complaint to the International Criminal Court (ICC) asking the Office of the Prosecutor (OTP) to open an investigation into Genocide and other Crimes Against Humanity committed against the Uyghur and other Turkic peoples of East Turkistan by senior Chinese Leaders including President Xi Jinping.

We need your donations and support to help us with the legal and other related expenses for this case.

The bulk of the Complaint focuses on the marked increase in crimes following the Urumqi massacre on 5th-7th July 2009, eleven years ago. The crimes committed against the Uyghurs, Kazakhs, Kyrgyz, and other Turkic peoples which should be investigated include:

- forcible transfer of children from their families to Chinese state orphanages and boarding schools;

- measures aimed at eliminating the use of the Uyghur and other Turkic languages in schools;

- enhanced surveillance of Uyghurs and other Turkic peoples significantly beyond that experienced by Han Chinese;

- repressive measures against Islam; and,

The evidence of the crimes provided in the Complaint is detailed and shocking. It includes the mass interment of an estimated 3 million or more Uyghurs and other Turkic peoples in concentration camps, prisons, and labor camps. Descriptions of brutal torture through electrocution, humiliation in the form of being forced to eat pork and drink alcohol, mandatory insertion of IUD birth control for Uyghur women of child-bearing age – of which there is recent evidence of a major increase, and an estimated 500,000 Uyghur children being separated from their families and sent to “orphanage camps” where there have been credible reports of attempted suicide by the children.

*100% of the donations will be used for legal and other related expenses to help push this case at the International Criminal Court. Please DONATE and SHARE to help us hold China accountable and seek justice for the Uyghurs and other Turkic peoples of Occupied East Turkistan.