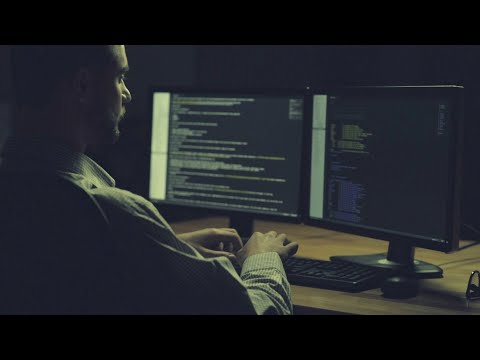 America is the country that put a man on the Moon, created the internet and leads the world in advanced technologies, but today we are told that there are jobs in technology Americans cannot do. How can this be?

People from across the globe come to American universities to earn degrees in science, technology, engineering and math. Top American companies attract the best and brightest talent from around the world. Is it that other countries do technology better? Or is it that they do technology cheaper and just adequately enough to bolster quarterly profits for America’s leading corporations?

For decades, America’s Fortune 100 companies and its darlings of Silicon Valley have been eliminating highly competent U.S. citizens and replacing them with foreign workers brought in through employment visa programs such as the H-1B visa, the L-1 visa and others. It’s not that these foreign workers are better. Rather, they are cheaper and indentured.

Three quarters of these workers brought here under the H-1B visa are quite ordinary. Their domination of the H-1B program effectively blocks truly exceptional individuals who merit the jobs from accessing employment visas.

Every day, we hear countless stories about American workers receiving pink-slips and having to train their foreign replacements on H-1B visas.

AT&T recently laid off 3,000 American workers in finance operations despite receiving a $3 billion tax cut last year! These jobs have been taken over by a third-party Indian contracting firm that will bring H-1B visa workers from India to replace these American jobs!

Additionally, Uber laid off 400 workers while petitioning for MORE H-1B visas! Oracle faces a lawsuit brought by our own Department of Labor. The suit alleges even this flagship American company has been systematically discriminating against American graduates in favor of foreign visa workers!

Disney, Cisco, Oracle, Verizon, Wells Fargo, Walgreens and Comcast are just a few of the many other companies that laid off the American IT workers after they were forced to train the H-1B replacements.

We have to fight back!

This is where U.S. Tech Workers has stepped in. We are working to end abuses in employment visa programs by educating lawmakers and the public, while teaching workers how to advocate for justice and fairness. To be successful, we need your help!

Please donate to our Washington, D.C.-based education and advocacy program. Contributions received through GoFundMe will be allocated to strategic initiatives throughout 2020 as follows:

D.C. Initiatives: Supporting and rallying U.S. tech workers harmed by the H-1B visa program, and providing a platform for their voices to be heard. Holding a protest march in Washington, D.C.

Candidate Outreach: Visiting states and meeting with prospective pro-U.S. worker candidates running for office and educating them on immigration policies related to guest worker visa programs and how they are abused.

Organizing: Hosting events that showcase leading pro-U.S. worker leaders and advocates speaking on our priority issues. We must ensure that political influencers and politicians learn about our cause.

H-1B Reform Efforts: We have retained the services of policy experts and lawyers to draft a targeted, strategic H-1B reform bill that will be released this year.

Don’t let what happened to America’s manufacturing base happen to our tech workers!

In the early 1990s, we were told by the elites that there were jobs that didn’t have an economic right to exist. As a result, whole swaths of the country were hollowed out. Then, we were told there were jobs Americans won’t do, and our most vulnerable workers were pushed to the side. Now we are being told there are jobs Americans CAN’T DO. This will be the death knell of our middle class. Help us stop this!

Thank you for your generous donations and supporting the cause!

Progressives for Immigration Reform is a registered 501(c)(3) nonprofit.


Posted by PROGRESSIVES FOR IMMIGRATION REFORM