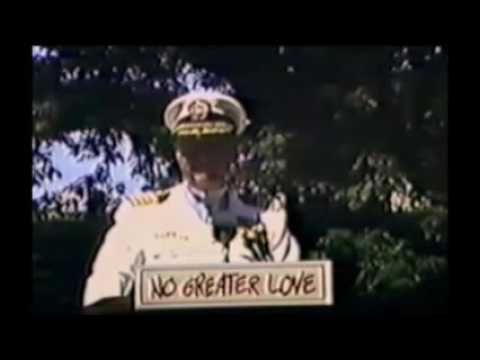 On June 8, 1967, US Navy intelligence ship USS Liberty was suddenly and brutally attacked on the high seas in international waters by the air and naval forces of Israel. The Israeli forces attacked with full knowledge that this was an American ship and lied about it. Survivors have been forbidden for 40 years to tell their story under oath to the American public. The USS Liberty Memorial web site tells their story and is dedicated to the memory of the 34 brave men who died.

After surveilling USS Liberty for more than nine hours with almost hourly aircraft overflights and radar tracking, the air and naval forces of Israel attacked our ship in international waters without warning. USS Liberty was identified as a US naval ship by Israeli reconnaissance aircraft nine hours before the attack and continuously tracked by Israeli radar and aircraft thereafter. Sailing in international waters at less than five knots, with no offensive armament, our ship was not a military threat to anyone.

The Israeli forces attacked without warning and without attempting to contact us. Thirty four Americans were killed in the attack and another 174 were wounded.   The ship, a $40-million dollar state-of-the-art signals intelligence platform, was later declared unsalvageable and sold for scrap.

Despite a near-universal consensus that the Israeli attack was made with full knowledge that USS Liberty was a US Navy ship, the Johnson administration began an immediate cover-up of this fact. Though administration officers continued individually to characterize the attack as deliberate, the Johnson administration never sought the prosecution of the guilty parties or otherwise attempted to seek justice for the victims. They concealed and altered evidence in their effort to downplay the attack. Though they never formally accepted the Israeli explanation that it was an accident, they never pressed for a full investigation either. They simply allowed those responsible literally to get away with murder.

In an ongoing effort to reveal the truth about the attack, the USS Liberty Veterans Association has filed with the Secretary of the Army in the manner prescribed by law a detailed, fully documented Report of War Crimes describing the circumstances of the attack on our ship and evidence that it was a crime under international law. In accordance with international law and treaties as well as the Department of Defense's Law of War Program, the United States is obligated to investigate the allegations. So far, the United States has declined even to acknowledge that the report has been filed.

Anti-Semitism and the Anti-American Apologists

The USS Liberty Memorial web site abhors the racist and extreme positions taken by antiSemitic, Holocaust denial, conspiracy theorist and other such groups which often seek to identify with us and to usurp our story as their own. We have no connection with and do not support or encourage support from any of these groups. We wish harm to no one and encourage social justice and equality for everyone; we seek only accountability for the criminal acts perpetrated against us and can do that without help from hate-mongers.

On the Israeli side, the group of pro-Israel, anti-American critics of our story, while small, persists in launching loud, vicious ad hominem attacks on anyone who attempts to discuss the deliberateness of the attack. These anti-American apologists refuse to discuss the facts of the case. Instead, they rely on propaganda and charge anyone who questions the Israeli position with being antiSemitic.

The Betrayal of American Veterans

Americans who volunteer for military service effectively write a blank check, payable to the United States of America for an amount "up to and including my life." The United States, in turn, promises to spend these checks responsibly. That bargain implicitly includes a promise by the United States to protect them and to seek retribution against anyone who harms them. In the case of USS Liberty, the United States has failed to keep its end of the bargain.