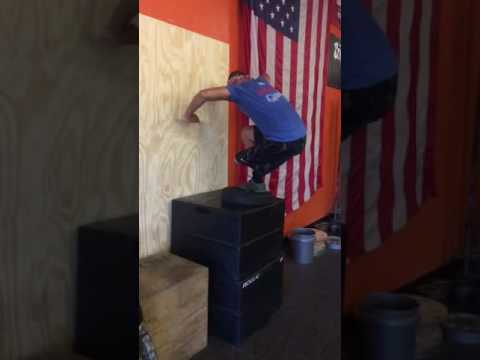 My name is Jen Yung Lee; I was born in Taipei, Taiwan, and immigrated to the United States with my family when I was 8 years old. We moved to San Francisco, CA, where I graduated from Westmoor High School in 2004. After witnessing the terrors of September 11, 2001, I understood the need and wanted to serve our great country. 9/11 instilled an unquenchable conviction and a desire to protect our country, thus immediately upon graduation I joined the military and accepted a career as a helicopter mechanic. In 2006 during a one-year deployment to a combat zone in Iraq, I had an opportunity to fulfill my conviction. I returned to Hawaii, having earned the rank of Sergeant (E5) during my deployment. In March 2009, while stationed in Savannah, Georgia, I was involved in a motorcycle accident, which resulted in an above the left knee amputation one month later. During my strenuous rehab, at the Brooke Army Medical Center in Fort Sam Houston, Texas, I was introduced to sled hockey through Operation Comfort (a nonprofit group providing rehabilitative and therapeutic programs for wounded vets). Little did I know that this introduction would lead me to the loftiest opportunity of my athletic career. While still being active duty military, I earned a spot on the 2014 U.S. Paralympic Sled Hockey Team as a goaltender in Sochi, Russia to defend a net atop a frozen pond and display my lightning-quick reflexes. After serving in the United States Army for 10 years, I was medically retired with the rank of staff sergeant in 2015.

After winning the gold medal with my sled hockey teammates at the 2014 Winter Paralympic Games, I decided to continue my education as a fulltime student. I transferred from the University of Incarnate Word to the University of Texas (UT) in the spring 2015 to major in Sports Management. Despite my time off from the national sled hockey team, I am actively involved with wheelchair basketball, amputee cycling, adaptive golf and CrossFit. I currently play and coach on the San Antonio Rampage Sled Hockey team and a local travel hockey club (which is a mixture of wounded, disabled veterans and residents with disabilities). I was on the 2016-2017 U.S. National Development Sled Hockey Team and I earned a spot to represent our country at the 2018 Winter Paralympic Games in South Korea, where we earned a gold medal! If I am not training on the ice, you can find me at CrossFit Optimistic, in San Antonio TX, executing one leg box jumps, heavy deadlifts and muscle ups. As I strive to raise awareness, I have been featured in three documentaries and one competitive sports show. UT directed, “Handicapable,” PBS produced “Ice Warriors,” the story behind my sled hockey team’s pursuit of gold in Sochi, Russia and CBS Sports filmed, “Courage in Sports.”  In 2015, I was featured in the competitive sports show, “Triumph Games.”Most recently, I assisted with UT’s Services for Students with Disabilities (SSD), in its first wheelchair basketball clinic, bringing adaptive sports awareness to campus. One day, I will bring adaptive sports awareness back to my native country of Taiwan. My goal is to start a winter Paralympic sport like sled hockey and remove the social stigma associated with disabilities in Taiwan. To change their understanding and acknowledge, “We are handicapable, not handicapped.”

Overall, I am running the 2019 Boston Marathon to raise money for the USO, and for our wounded and injured service members who served our country honorably & diligently.

What first sparked your interest in running?

When I was in 1st grade, my elementary school had a “sports week” where students can participate in many sports event such as basketball, dodgeball, tee ball, and track and field. I signed up for the 50 meter sprint event to race against my other peers/classmates. I fell in love with sprinting because of all the glory you could receive for coming in 1st. lol

Ever since that day, I ran track and field and cross country on my high school team to all the way in the military. I was never a fast sprinter, but I remember I could keep up with long distance runners especially the kids running on the cross country team.  That’s when I realized I actually enjoyed running the long distance because it’s actually more mental than anything else.

What are some quotes or mottos you live by?

My motto is, “In the end it is up to you.” The reason why that motto stuck with me was because after having my leg amputated above the knee due to a motorcycle accident in 2009, I realized it was up to me to take that 1st step after realizing I will be permanently disabled for the rest of my life. I was lucky and fortunate to have the doctor, physical therapist, my family and friends who would support and be there with me every step of the the way. But it was up to me to want to get better, and take that first step towards a new chapter of my life.

Who inspires you to be a better runner?

The wounded and injured service members who I had the privilege to rehab alongside with at the Center of the Intrepid (CFI) physical therapy center on Ft. Sam Houston, San Antonio Texas. They are the ones who inspired me to be a better runner because without them, I would not be running today. Or even have the privilege to get a running leg.

Who do you run for? Or who are you running for in this marathon? A unit? Is there a special way in which you would like to state that?

I’m running for all the wounded, injured and disabled veterans and civilians who may never have the chance to ever run again due to their circumstances.

Why did you want to be a part of Team USO?

I want to be part of Team USO because the USO has done a tremendous job to help our military service members and their families from the time we swore an oath to serve and protect our country. I remember my first encounter with the USO was when I was an Army recruit at the MEPS (military entrance processing station) station in Mountain View, California getting ready to ship out for basic training. All of a sudden, a group of USO volunteers came out to greet and hug us, and thanking us for our service before we got on the bus. I had no idea who those people were, but for them to come up to us and hug a total stranger like myself, I was emotionally moved. On top of that, all of them packed a lunch bag for the recruits in case we got hungry on the ride to the airport. From that day on, I always have the love for USO.

How has the USO touched your life or the life of others you know?

USO has always been very supportive whenever I travel, especially when I have a layover at the airport. I like to think the USO at the airport are equivalent to other airlines “premium club members” lounge for current and former military members because these USO lounges provided us a resting area with food and drinks while waiting for our next connecting flight. I always feel “special” when I walk into a USO lounge :)

I remember the USO in Kuwait where our unit was staging before transitioning our movement to Iraq. The USO in Kuwait set up a huge tent where Soldiers could come in to relax, watch a movie, playing card games, or simply make a phone call to the stateside to check in on their family.  In Iraq, the USO had events where a special celebrity or a famous band would appear to perform for us. I remember meeting celebrities like Robin Williams, OAR, Diamond Dallas Page, and The Harlem Globetrotters. It was nice for them to come all the way from the stateside all thanks to the USO coordinating with everything.

What are 3 fun or interesting facts about you?

2.  I can out eat everyone on my sled hockey team (club & national team)

3.  I can never say NO to a new adventure, so please surprise me USO, haha.

What are the accomplishments you are most proud of?

- Becoming a Soldier and able to serve my country

- Walk with my prosthetic leg for the very first time

- Run with a prosthetic leg for the very first time

- Winning the gold medal with my teammates at the Winter Paralympic Games in Sochi 2014, then again in PyeongChang 2018.

What are some of your hobbies or passions?

How do you stay motivated?

I stay motivated by knowing that I am lucky and blessed to have a roof over my head, eating 3 square meals a day, able to do all the things I love without reporting to a particular individual (boss, manager, platoon sergeant, etc), and simply breathing and being alive!

For our followers who may have interest in running too, what are some tips you’d like to share?

You may hit a mental roadblock, but that’s when you need to keep going by moving those feet. Find a good reason why or who you’re running for instead of running for yourself.

What does running the Boston Marathon mean or represent to you?

It will be a huge accomplishment for me to complete the Boston Marathon especially this will be my first marathon ever. I have no prior marathon or even a half marathon experience, so this is will be true grit and determination on how bad I want this. In the end, it is up to me ;)

Do you have any funny race or running stories?

During the Special Forces Assessment Selection course, we were given the instructions to put our running shoes and start running without knowing how far or how long the distance would be. We were not allowed to wear any watch or accessories that may give us a hint on how far we could be running. There was no concrete path for the runners because all of the terrain in Camp McCall were mostly made out of sand or dirt. Even though I had the running experience in the past, this was my first time where “I ran until I collapsed” into the soft sand of this trail we were running on. It was definitely a gut check for me, to decide if I’m just going to lay there, or am I going to get back up and keep running for God knows how long, lol.  It took me about 20 seconds to catch my breath and I got back up and kept running for another 2 hours. (At least that’s what it felt like in my head,) I completed the SFAS course, but I was not selected overall. However, that was a turning point of my life because I realized how far I can push my body as long you have the mental will to keep going even if your body wants to quit on you first.