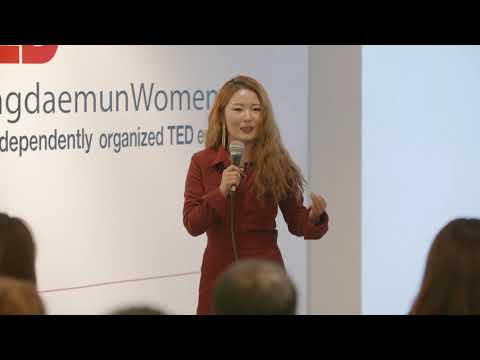 Voices from the North, but no listeners.

Like other organizations, the Teach North Korean Refugees Global Education Center (TNKR) lost revenue with events that were canceled because of the coronavirus.

The greatest loss to us has been that North Korean refugees in TNKR who have begun to find their voice have lost their audiences.

We kindly ask that you join us in supporting our project with a tax-deductible donation (US 501(c)3 to help North Korean refugees get prepared for public speeches, for them to receive honariums, and for our grassroots organization to continue to grow.

Instead of North Korean refugees having opportunities to tell their stories, the focus is, once again, on the dictator from North Korea.

What kind of opportunities have been lost or are at-risk?

TNKR has had 10 English speech contests over the past five years. Two of the winners are authors, two other winners have given TEDx Talks that they prepared within TNKR before they hit the TEDx stage. Our next contest is scheduled for March, but with social distancing, it may be premature to prepare such a contest. It isn't just the contest. In the time leading up to the contest, North Korean refugees prepare with speech coaches they handpick to practice their speeches.

The natural focus is on winners, but there are so many other benefits. North Korean refugees say the "threat" of the contest, speaking live on stage before native and fluent speakers of English, greatly motivates them. Because we focus on the "learning process," they improve their grammar, pronunciation, knowledge of the world, and learn how to more concisely tell their stories.

As one North Korean refugee who participated in our contest in September 2019 said, "When I joined the speech contest two years ago, I went through a healing process. I was able to write about my experience of escaping North Korea, going through China, then settling down here in South Korea. I felt my damaged heart had been healed. TNKR's co-founders, staff and volunteer mentors all encouraged me so much, they made it clear, 'You are not alone, you can get out of your dark cage, we can help you and we will be with you.'"

When people say that something isn't just about the money, it usually is. But in this case, it isn't just about the money. The winner of TNKR's 10th English speech contest donated the $900 prize back to TNKR. She told us, "I would have never been able to stand on the stage without TNKR. I hope TNKR can use this money to help other North Korean refugees who want to tell their stories."

A source of revenue for TNKR the past few years has been tourists visiting South Korea. The tour groups would pay an honorarium to the speakers and also make a donation to TNKR. All of those engagements have been wiped away in 2020.

So many North Korean refugees have used those live practice opportunities to get prepared for larger stages. It gave them a chance to get questions from curious travelers, to learn the kinds of things that people are asking, to fully develop their answers, and to practice their speeches before sympathetic strangers.

I have attended and moderated many sessions--sometimes audience members cry as they hear the stories of North Korean refugees and the refugees are touched that anyone cares.

Some of the refugees are headed for larger stages, as mentioned above. There are some others, however, who simply want the "challenge" of speaking before an audience of English speakers. There are some others who have things to say, but they haven't found the right time or opportunity to open up.

* Speeches to expats, US military, and others in South Korea.

Ken Eom served in the North Korean military for a decade before he escaped to freedom. He had grown up hearing that the United States was his enemy. He was taught to kill U.S. soldiers on sight.

Five years later, he gave a speech before U.S. soldiers and their families that had many of them in tears. Even the U.S. military translator cried as he listened and interpreted the words of Ken and another refugee speaking that day. After his first speech to U.S. military in 2015, Ken said it was "the most unexpected and unusual experience in my life" as he looked into a sea of faces in U.S. military uniforms.

Such opportunities depended on when a US soldier (1) learned about our humble organization (2) contacted us (3) went through the process of getting such an event approved (4) and raised money for both TNKR and the refugee speakers.

Whenever we reach the point that such speeches might again be possible, we hope to have a fund to support such speaking opportunities.

The Teach North Korean Refugees Global Education Center has put its entire public speaking program on hold. There is a difference between practice (preparing for a speech) and actually giving a speech (game day). By supporting this gofundme, you can help us get prepared for the day that people are once again ready to hear the stories of North Korean refugees.

Some companies may struggle with providing funding for these opportunities, so TNKR will be able to subsidize many of those opportunities with a fund for speakers.

Like many other organizations, many of our activities are on hold. We have survived because of donors who have continued supporting us despite this age of uncertainty.

We kindly ask that you join us in supporting our project to help North Korean refugees get prepared for public speeches, for them to receive honariums, and for our grassroots organization to continue to grow. Your donationn here can also make you eligible for Membership with TNKR to receive gifts such as books signed by North Korean refugee authors such as:

* Kang Cheol-Hwan ("The Aquariums of Pyongyang")