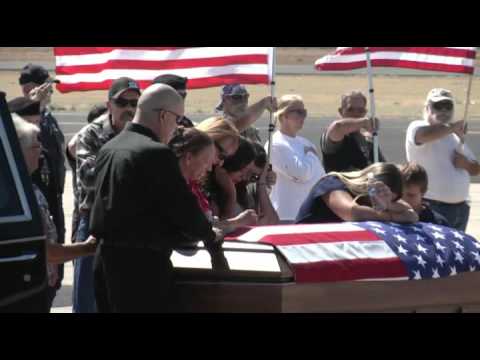 NASHVILLE, Tenn. — Veterans Day: Timothy James has released their new single “Kiss ‘Em Both For Me Tonight,” written in remembrance of fallen soldier and Springville, CA native, Pfc. Douglas J. Jeffries (3/17/91-9/08/11). In honor of Jeffries, Timothy James has partnered with Soldiers' Angels and have pledged all proceeds from song downloads and streaming services for the months of November-January to their cause. The mission of Soldiers’ Angels is to provide aid, comfort, and resources to the military, veterans, and their families.

“This song holds a special place in our hearts” explains Tim. “Doug was a dear friend of Josh’s. They grew up down the street from each other in Springville, and even played in a band together.”

In 2009, Doug Jeffries joined the Army after graduating from Porterville High School. He was assigned to 2nd Battalion, 87th Infantry Regiment, 3rd Brigade Combat Team, and served with the 10th Mountain Division out of Ft. Drum, N.Y. On September 8th, 2011 in Kandahar, Afghanistan, Jeffries suffered fatal wounds when enemy forces attacked his unit with an improvised explosive device in Kandahar City. Doug was 20 years old and newly engaged to be married.

“The Springville community is a small group of residents tucked away in the Southern Sierra Nevada. In a tiny town like ours, everyone knows each other. Losing Doug left an impression on not only his friends and family, but the community as a whole. Shoot… he still leaves an impression to this day, and it is a privilege to raise funds for a great charity like Soldiers’ Angels in Doug’s honor.” says Josh.

“Kiss ‘Em Both For Me Tonight” is available for purchase on all download and streaming platforms, worldwide. You can also make a direct donation to Soldiers’ Angels by clicking on the DONATE button above.

Soldiers’ Angels has a 97% Efficiency Rating which means that 97¢ of every dollar donated goes directly to programs and services that support the military and veteran community. Their global network of volunteers - representing all 50 states and 12 countries abroad - work tirelessly to ensure that those who serve or have served are supported, uplifted, and remembered through a variety of support programs. “May No Soldier Go Unloved” encapsulates the motivation behind Soldiers’ Angels.

Soldiers' Angels is a national 501(c)(3) nonprofit that provides aid, comfort, and resources to the military, veterans, and their families. Founded in 2003 by the mother of two American soldiers, hundreds of thousands of Soldiers' Angels "Angel" volunteers assist veterans, wounded and deployed personnel and their families in a variety of unique and effective ways. (Tax ID# 20-0583415). www.soldiersangels.org.