Solar for The Rock at Noonday

Converting to Solar energy means offering more to the community for the Rock At Noonday & NMSEA.

You can make double the impact in the environment and the lives of Albuquerque's homeless.

The Rock will be able to expand their services to the vulnerable population of Albuquerque, reaching into the lives of children and families and providing them basic needs and the light to guide them.

The Rock & NMSEA can see the value of passing utilitiy savings by going solar on to the community. Can you?

The Rock at Noonday is Albuquerque's largest homeless shelter. Located in downtown Albuquerque, offering meals, shelter, showers, clothing, job assistance and more to over 300 homeless per day and serving over 132,000 meals per year.

Many of those seeking the invaluable services offered by The Rock At Noonday are children. Albuquerque Public Schools estimates that, at any given time, 6,000 to 7,000 of their enrolled students are homeless. It is The Rock At Noonday that serves them meals, offers their families shelter, daily showers, school supplies, clothing  and more.

The Rock At Noonday averages $1100 per month in their electric bill alone. That is $13,200 dollars a year spent on electricity that could be adding to the services offered to those in need.

The Rock at Noonday provides meals at $.25 per meal, meaning with the savings from eliminating their electricity bill 4,400 more meals could be served to those in need.

How do we get rid of that electric bill?

The New Mexico Solar Energy Association, founded in 1972, to advocate for solar and renewable energy throughout the state of New Mexico.  We are partnering with The Rock At Noonday to raise the funds needed to convert their electric grid to Solar Power.

Throughout the years the New Mexico Solar Energy Association has contributed to the spread of renewable energy awareness in the community, state legislation and local commitment to the expansion of city facilities to using solar power and fighting climate change with the actionable step of converting to solar energy.

The Difference You Can Make

Climate and The Community. Renew hope for those in need and hope for a better future with clean energy.

The New Mexico Solar energy Association is spearheading this fundraiser on behalf of The Rock At Noonday to allow them to convert their facility to 100% Solar Energy.

The savings is massive.

The Rock at Noonday knows exactly where that savings would go.

Just to name a few.

This campaign is action against climate change and action towards the uplifiting of others.

All funds raised from this campaign will go to The Rock At Noonday for their Solar Energy conversion. 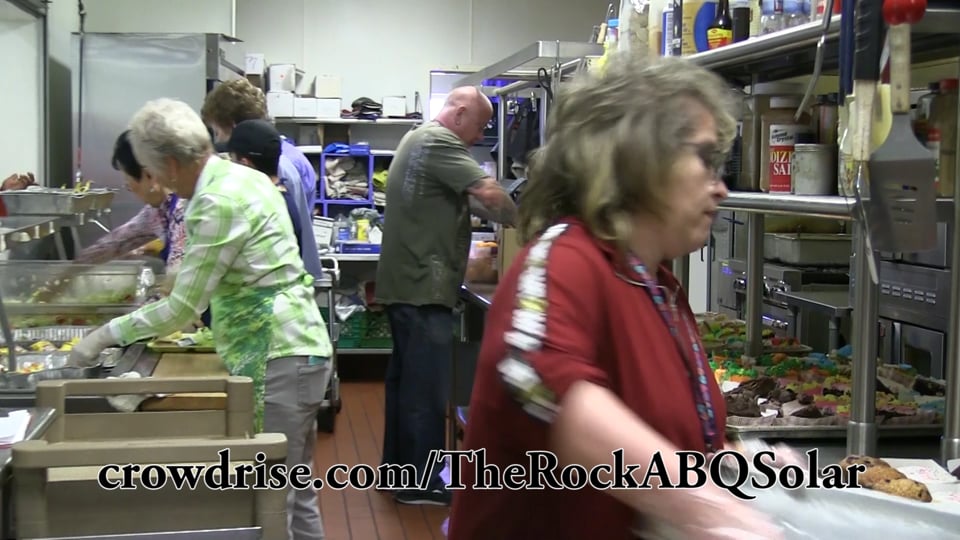