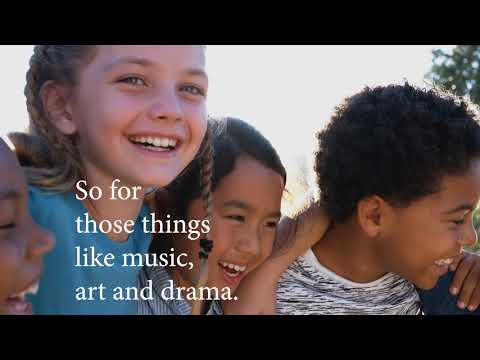 During the Great Depression, Henry Ford acquired many thousands of acres of farmland in Southeast Michigan, collectively known as Quirk Farms. He was interested in soybeans for fuel experiments and testing new designs in an agricultural and private environment. He was also a passionate supporter of education. The American worker, he believed, had lost the use of his hands. In response, Ford opened over 50 boarding and trade schools throughout the United States, Canada and Europe.

Approximately 215 of these acres south of Saline were established as one of these schools. The original maintenance shop floors, built from unused cuts of dashboard lumber, still remain today. For over 70 years after its sale in 1947, this unique property served as the Clinton campus for Holy Cross Children’s Services, an organization dedicated to providing hope and healing to boys, young men and their families.

Today is June 10, 2023. Just three years ago, The Hive Project was a dream to empower artists, educators and entrepreneurs (young and old) united by their common desire to share, teach and compassionately serve. Today, our organization continues to bring together thousands of people every year who share a passion for education in the visual, performing, culinary and performing arts. Additionally, The Hive Project and its expansive campus has become a preeminent venue here in Southeast Michigan dedicated to creating emotionally engaging and intellectually relevant artistic presentations delivered through multiple mediums and live performances.

In 2020, the land (215 acres) and its 17 buildings, including its own waste water treatment plant and water supply system, were purchased by The Hive Project, a 501(c)(3). As part of a two-year crowdsourced rehabilitation plan, the historic campus (located 30 minutes from Ann Arbor and less than 15 minutes from Saline) was restored to form a collective called THE HIVE:

THE SWARM features over 19,000 square feet of collaborative co-working space (fully furnished) for nonprofits and tech startups. The space includes a central reception area with grand piano, networked and flexible conference rooms, a commercial kitchen, private offices, modular work pods, a mailroom and a small library. A dedicated T1 line feeds this building and is networked across the campus.

THE HONEYCOMB is a 16,000 square foot arts school that features 10 unique classrooms (designed by students), common space overlooking a pond, and offices.

THE BUZZ is a 14,000 square foot modular theater and performance space with flexible seating for up to 300.

THE NEST is an 8,700 square foot residential hall in a dorm style setting that sleeps up to 80. Four wings are connected by a common space with restrooms. Located in the center of campus, The Nest is adjacent to a large athletic field nestled within preserved woods.

In 2021, The Hive Project launched The Honeycomb Academy, a prestigious arts camp hosting over 200 participants throughout the summer including master classes, apprenticeships with world-class instructors and captivating performances including music, theatre, creative writing, visual arts, film and dance. That same year, The Swarm reached its goal of eight partner companies using the space year-round as paid monthly members.

In 2022, The Ford Fund awarded a generous grant to build The Henry Ford Arts Pavilion, an indoor/outdoor concert venue set on 40 historic acres on the southern half of the property. Surrounded by preserved woodlands, The Detroit Free Press hailed the grant as helping to create “the Interlochen and Blue Lake of Southeast Michigan”.

In keeping with the preservation of its rich farm history, The Hive Project houses a collaborative apiary on over 18 acres of conserved land for flora and fauna. The organization works to preserve other wooded areas on the campus, teaches school children about the value of farming, field crops and biodiversity, and partners with Macon Township and the University of Michigan in protecting farmland across Lenawee County.

In 2023, as part of the grand opening of The Henry Ford Arts Pavilion, The Hive partnered with the University Musical Society as the home to its summer season. On December 31 of that same year, in keeping with its overall investment in healthy ecosystems, The Hive reached its goal of creating more than half of its own energy consumption through sustainable solar and wind infrastructure across its 215 acre campus.

For more information, please visit us online at: thehiveproject.org


Posted by The Hive Project