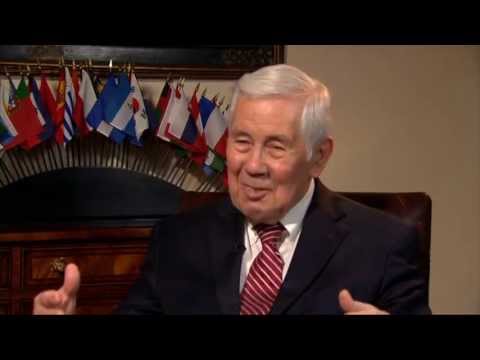 Raised by 30 people in 9 months

The Lugar Center continues as a working expression of Senator Richard Lugar’s governing philosophy and spirit. We need the help of those who knew and admired him and who revere his brand of public service to continue this work and sustain the Lugar Center.

Almost all organizations devoted to national issues employ a partisan perspective or seek to promote a single issue. Our work is different. We promote the principles of bipartisanship, good governance, and problem solving.

It has been cited by virtually all major national news outlets and local outlets in more than 30 states.

In 2020 we were excited to add add a major project to our portfolio.  This was the Congressional Oversight Hearing Index, which catalogs more than 18,000 Congressional hearing since 2009 and rates each Committee on how well it performs its oversight role in relation to historical standards.

Both of these indexes are a treasure trove for voters, citizens, commentators, and historians.  But they also motivate members of Congress to do better.  Each year we talk to dozens of Congressional offices who want to understand how they can improve their Index scores.  Our answer is simple:  embrace bipartisan cooperation and form productive partnerships with counterparts from the other side to address the needs of our nation.

We are a lean organization that has been recognized by the University of Pennsylvania as among the top 5% of public policy charities in the country.  Contributions to this funding effort would be devoted to ensuring that Senator Lugar’s work in critical areas continues long into the future.

Please consider a generous gift to help maintain the Lugar Center as a living memorial to Sen. Lugar. Donations are tax deductible under IRS rules.

Make a bigger impact by donating long-term appreciated securities, including stock, bonds, and mutual funds, directly to the Lugar Center. Compared with donating cash, or selling your appreciated securities and contributing the after-tax proceeds, you may be able to automatically increase your gift and your tax deduction.  Please contact your financial advisor for details.

Raised by 30 people in 9 months