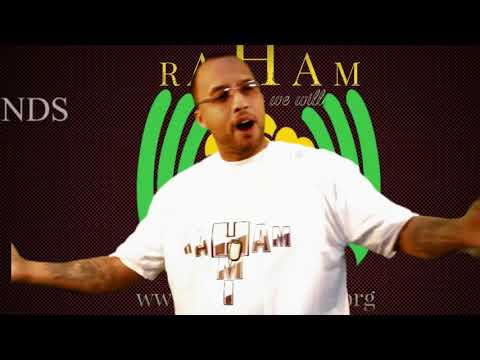 Share on Facebook Donate
Donate  Share on Facebook
Share on Facebook
Tweet
The word Engagement speaks not only of a formal agreement to marry, but of an agreement to do something at a fixed time as well. * The Saratoga Community was once a flourishing and beautiful neighborhood. Homes with manicured yards and businesses owned by people you knew. Children ran the streets from sunrise to sunset; fearless and free. I was one of those children. I moved to the Saratoga Community when I was 13 years old. I remember it all so clearly- it is one of the reasons the weight of obligation is so heavy. The Saratoga Community, which is in the 48205 Zip-Code, devolved to be one of the most violent and dangerous neighborhoods in the Country. Crack cocaine and deviant youth via Gangs and Guns reduced this once beautiful community to what it is today- one of the most blighted and desolate areas in the City of Detroit. I was one of those deviant youth. In fact, I was of the ringleaders, and since I was of the most hurt, I did the most hurting. In 1994, in the endeavor to protect all the squalor and trash I held sacred, I was involved in a shooting at the corner of Saratoga and Celestine, in which a two-year old baby was shot and ultimately died. I was charged and tried. And though I was found not guilty regarding the child- my conscious, to this very moment, holds me profoundly guilty. After overcoming the idea to give my life for the life lost and asking the hard questions, during the 15 years I served for the Assaults on the dudes, who used to be my friends, at whom I was shooting, like; what went wrong and how did I get where I was; I began to search for the reason I was spared. I sought to prepare mentally and physically for when said reason was revealed. ** I’ve been home almost 9 years now. I took to construction and participated in several rehabs and new-builds in some of the spaces I befouled. I have sat and sit on several boards of organizations doing work in the community and criminal justice sector. I have traveled to places I never imagined. I have learned and watched the work on many fronts. I’ve received awards for my endeavors and have lived in the suburbs with the fence and puppy. I’ve published several books and met strange people who knew my name. I even have a Son, after thinking it impossible, as penance for past deeds. I’ve been blessed with strength, health and family; however, irrespective of it all, I still found myself sulking, tired and feeling as if I was unworthy of it all. How do you find or even endeavor to seek forgiveness, when you find it hard to forgive self? No medication could provide it. No words of wisdom from those who care-as they watch and feel the ills of your burden- thus relationships are strained and bruised. I would find the salve in the report the Psycho-therapist wrote upon my completion of the Assaultive Offenders Program inside. Said report could mean freedom or flop! Allow me to share with you the most relative and profound part of it. The part in which I found the medicine to my illness: “When paroled, a structured environment with clear expectations and meaningful work will maximize his opportunity for success.” Meaningful Work is the cure! Deep down inside, I know I had done somethings, in fact, I drove pass the residue of my doing almost every day. It was as if something spiritual called me to it. Abandoned homes where my friends once lived and vacant lots that are the result of a match that I lit. With all I had done and was doing, what had I done to clean up the mess I made? This is the reason I was spared! *** RAHAM (response able hands and minds) Inc. the non-profit Organization I’ve established with the aid of some very talented hands and brilliant minds, in name, stems from the word Responsible, and simply articulates, if you are able to respond, you are responsible. Why is that very same space vacant and the grass so aggressively green- as if its endeavoring to force one to see that its alive and beautiful, though empty? And then I have this ability to build and have participated in blight removal and community gardening and have met some of the most amazing people and resources- why? **** We have a 3 Phase, 3 Year Plan to build in that very space, a place where community and learning can happen. A place to inspire the senses. An alternative to incarceration for our youth. A place for resources and opportunity- and so much more. Check out our website www.rahamdetroit.org and learn how you can help us help us. This is Restorative Justice at its finest. I’ve been forced to sit down and do some paper work, yet in truth, I can’t wait to swing my hammer; plant some seeds and mix some wild colored paint with the babies- it’ll kind of feel I imagine, like I’m catching myself before I fell. if we can we will Phillip “UcciKhan” Sample; RAHAM Inc.