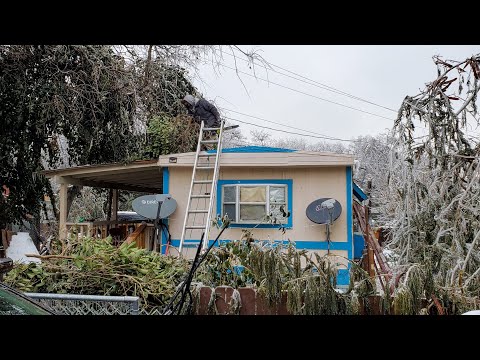 Raised by 46 people in 5 months

Texas is not a region known for its cold winters, but for nearly a week, the temperature has been below freezing. The weather is expected to remain below freezing for another few days.

Two resident-owned communities in the state are experiencing unprecedented weather – snow, ice and extreme cold have caused power and water outages across the state.

Pasadena Trails, an established resident-owned community just outside Houston, has been without water for days. When the water is returned, the community is under an order to boil all water before use – a difficult task when given the power outages in the area. Bottled water is becoming hard to find in areas as the shelves of most stores are bare.

In Austin, the Asociaciòn de Residentes de North Lamar (ARNL) is experiencing the effects of ice on trees and the extreme cold on their water system.

“We have a responsibility to the community to make decisions we never had the opportunity to make before, like how to deal with trees that are nearly falling onto homes,” said Margarita Rodriguez-Salazar, board president of ARNL, who added that she has hired a work crew to begin cleanup of the trees.

“We’ve had five or six residents whose pipes have frozen… for the people who have been lacking water, Margarita has been making sure that neighbors have water. The little we have we share,” said Elizabeth Ospinal, the treasurer at ARNL. “In reality we don’t know how much it’s going to cost to fix the pipes.”

ROC USA will work with its regional ROC USA® Network affiliate, CHEA (Community Housing Expansion of Austin), to assess damage at each community and will divide funds raised based on need.

Raised by 46 people in 5 months