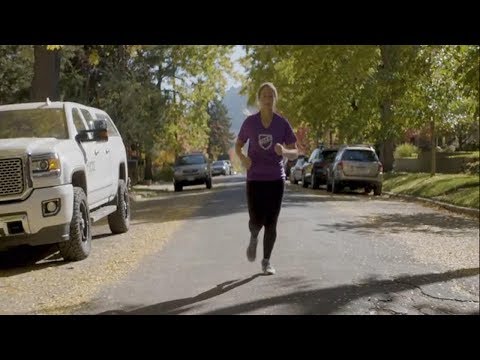 Raised by 62 people in 3 years

Join me in celebrating 10 years as a cancer survivor as I take on IRONMAN® Louisville on October 14, 2018 in support of The Leukemia & Lymphoma Society (LLS).

It all started in October 2008. My family and I were at home, sitting in the den waiting for a phone call that would reveal my diagnosis. Several days prior, I had discovered a bump on my neck.  I didn’t think too much of it, but we went to the doctor and she gave me antibiotics. The doctor called and booked an appointment for a biopsy. To my surprise at 14, I was diagnosed with cancer.

I made it through four months of intense chemotherapy and a month of radiation. Every day I would wake up with the room spinning, I couldn’t go a day without vomiting. I lost all my hair – eyebrows, lashes, all of it gone. I would look in the mirror and could barely recognize who was looking back at me. That being said, I always believed in life you are given as much as you can handle and I knew I could beat this. My teenage years ended up stripped of their normalcy, but little did I know that it would be the best thing that ever happened to me.

Even though I was done with treatment and feeling better, I was still reminded daily of what I went through scars, tattoos from my radiation treatment, the smell of saline would constantly bring back memories…

I spent a lot of time trying to figure out why this happened to me and what my purpose was in this world. I knew in my heart that this happened to me for a reason. I would spend hours upon hours thinking about it. I finally came to the conclusion that I wouldn't let cancer define me or get the best of me. So I did what seasoned runners do best – block out the pain. Yes, I recognized that what had happened to me – but it wasn't something I wanted to talk or think about.

As I started my senior year of high school four years after getting that call, I signed up for a half marathon and raised money for a local cancer center that did so much for me and my family while I was sick. It was the perfect opportunity for me to give back to them – and it ended up being one of the best decisions of my life.

After finishing that race, it was the first time that I actually felt alive after my cancer treatment. I saw how much my body went through, what food can and can't do for you – and how important nutrition plays in an athlete's life.

Running gave me my life back. It was in that moment that I started to think like a runner, eat like a runner, be a runner. From there, I went on to take part in numerous running events – and also picked up cycling & swimming along the way. In the process of doing so, I saw how eating the right foods was so important and how this can improve your performance. For the longest time, I never wanted to share my story. I didn’t want to be the girl who had cancer and I didn’t want to let anything define who I was. I realized I am so much more than that and my story can help inspire other people to take control of their life.

Every time I get ready for a run or a ride, I always remember to take a deep breath, put the past behind me and leap into my future with my best foot forward. Join me to help put an end to blood cancers! 10 years ago my body was pushed to its limits. This time, I will do it on my own terms enduring a 2.4 mile swim, 112 mile bike and a 26.2 mile run in efforts to raise money and awareness for LLS.

Doing this IRONMAN® will be no easy task. I will spend months training with early morning workouts, endless amount of physical therapy and strength work - but what keeps me going is knowing I have an amazing team of supporters and donors! Any amount you can give would mean the world to me!

Raised by 62 people in 3 years