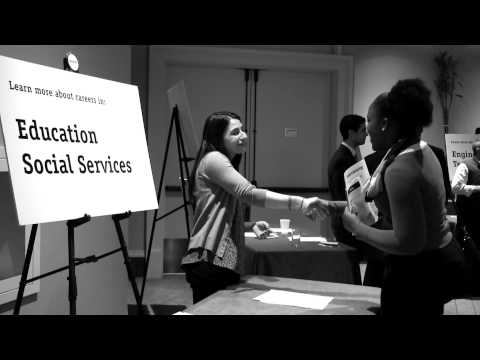 Raised by 29 people in 2 months

It has been a goal of mine to run a marathon for years, and I am so thrilled to be able to run the 2020 Boston Marathon – and support an amazing organization at the same time.

I am running with Bottom Line, which is a nonprofit that helps first-generation students from low-income backgrounds get into college, graduate, and succeed in life.

Through mentorship, Bottom Line creates opportunities for these students far beyond getting into college and graduating. Their vision is to transform urban communities by producing thousands of new career-ready college graduates. They help students build their confidence, maintain responsibility, as well as form and sustain relationships.

As one of the first community-based organizations to focus on college completion, Bottom Line now operates regional programs in Boston, where they were founded in 1997, New York City, and Chicago that collectively serve over 7,800 students. As Bottom Line continues to grow, the results remain strong.

With almost 2,800 alums, their historical graduation rate is over 78%, almost 20ppts above the national average. In Massachusetts this year, they will serve 400 high school students and 3,100 college students as they earn their degree through structured and intensive advising.

There is one story on Bottom Line’s website that I wanted to share here, as I think showcases the significant impact this organization can have on someone’s future:

I was born and raised in Jamaica Plain alongside my mother, her boyfriend, and two sisters. We lived in a two-bedroom home, and two girls beat one guy, so I spent my nights sleeping on a couch. I never got along with my mom's boyfriend and eventually he decided it was time for me to go. I was a junior in high school and they decided to send me to live with my father, a man who I didn't know. My gut feeling told me I couldn't let this happen and instead I moved in with a friend and his father who had an extra room for me in their house to rent. My life was forever changed and I had to learn how to support myself.

I got a job at Sears selling electronics while I was at the John D. O'Bryant high school and participating in football and track. It took a toll on me, and I had to work hard. It was then that my personality and future began to take shape.

I started to research the products and the technology that I was responsible to sell, but as I learned more, I also realized I was becoming interested in electronics. While I was working 40 hours a week to make money, keeping up with school, and mastering electronics I developed many new relationships and the ability to communicate with people. Somehow, I made things work like that for nearly two years! I continued to work hard in school. I grinded through AP and Honors classes and earned a 3.6 GPA, after going 2.0 my freshman year. The next step was to get into college.

Everyone at my high school, and I mean everyone who was thinking about college, was going to this place called Bottom Line. Finally, I found myself at the office partnered with Miguel as my advisor. The first thing we did was create a college list. Miguel knew I had an interest in engineering and "making things happen," so he told me to consider a school called WPI. He told me it was located in a strange and faraway place called Worcester. Bottom Line assisted me with getting my application done in a timely manner and writing an essay that made me realize how hard my life had been.

I was accepted into 6 of 8 schools (one of my rejections was from MIT and someday I want to show them what they missed in me). Instead, I chose WPI; but I had one more problem—tuition. WPI costs $50,000 dollars a year and I was only making $7/ hour plus commission at Sears.

Despite many calls to the financial aid office by Bottom Line, I was not given the right to claim independent status. Day after day they worked to address my situation. It's kind of funny what I was told by the staff person at the WPI financial aid office: They could not grant me independent status because my story was too hard to believe. They shared that their job would be at risk making that decision. It hurts when you need help and your life is "too hard to believe," so I told her, "Thank you, have a great day." It wasn't until this year, after 4 years of living on my own, that they granted me independent status.

But all was not lost. Thanks to Bottom Line, I was nominated for the Hayden Scholarship and the TPI Scholarship. Thankfully, both committees "took a risk" on me and helped to fund my education to attend WPI. Without the support of Bottom Line and their partners, that would not have been possible.

Adapting to college life was difficult. I was surrounded by so many intelligent individuals, but communication was a problem. No one spoke to me. I was cut short because others were more knowledgeable. You get a sad lonely feeling when you have no parents to call, no friends to talk to, and it feels like it's just you against the world. I felt overlooked because I was "a city kid" and people thought I was representing an MTV reality show. Well, my life is not a show, and I was not going to change just to belong. It's hard to live "the college life" with no money, no home, and no one you can trust.

Bottom Line did wonders for me because as much as I wanted something big to happen, the little things they did got me going. They sent out care packages with the food and candies that I wouldn't buy myself because I had to be conservative with money. I received holiday cards, birthday cards, and inspirational cards. One card quoted Larry Bird: "If you give 100 percent all of the time, somehow things will work out in the end." That card couldn't have come at a better time. As part of the TPI scholarship, Bottom Line sends me a $150 check each month during the school year to help out with the little things that I need. When I get this check I go out, usually by myself to celebrate with a nice meal, because that $150 dollars gave me a fresh chance to survive one more month.

For each of the last two summers, Bottom Line connected me to Sun Life Financial to work as an intern. This was my first chance to work in a professional office building and it taught me incredible lessons about the working world. One summer Wes Thompson, the CEO at the time, took the time to eat lunch with all of the Bottom Line interns. When I got the chance, I asked him about how he got to the top. Well, he didn't let me in on all his secrets, but what I heard him say was that it's not just about going straight to the top, it's better to understand what's important and work hard-real hard-and someday you will be noticed.

I share my story because I want to be noticed, but also because I don't want my kids to grow up the way I had to. Through hard work, change does come. At WPI, I majored in Electrical and Computer Engineering. During one spring, I worked on a project in Boston with engineers and other students to create a plan to adapt our drinking and wastewater systems to climate change. Me, Saul, "a city kid!" having an impact like that was amazing!

One day I will have a wonderful family, I will be successful, and prove that these stereotypes can be broken. I hope to be a great example for those people that fight every day and live unpredictable lives and still manage to dig deep and make something happen. I've had too many people leave my life. But Bottom Line never gave up calling me, emailing me, and "stalking" me. When I ran out of money and life got so hard that I just wanted to be left alone, they always found me. It makes me feel like there is someone out there that sees something in me, that cares about me, and understands that life doesn't stop after you get into college.

Thank you so much for your support!

Bottom Line's 2020 Boston Marathon Team will run 26.2 miles on April 20th as a way to contribute to the organization and the students they support.

Raised by 29 people in 2 months