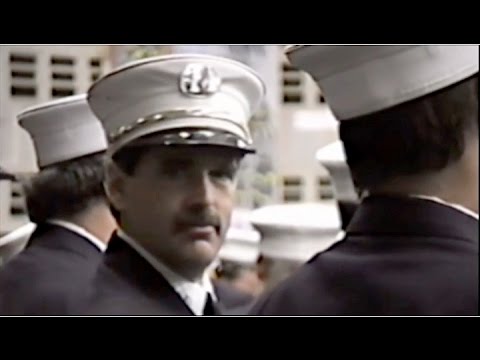 It's that time of year again - for the 8th year,  Team Orio is banding together to run and walk in memory of FDNY Deputy Chief Orio Palmer and all the lives lost on September 11th. By running with our team and donating, it also helps to raise money for the Tunnel to Towers  Foundation that lends financial aid to the families of first responders and veterans that are catostrophically injured or killed in the line of  duty.

Join us and run/walk the 5K from Brooklyn to the Freedom Tower on Sunday September 29th!

How You Can Be a Part of Team Orio

For those who haven't heard it before, here is Orio's story...

On September 11th, Orio was able to single-handedly fix an elevator in the South Tower of the World Trade Center and take it up to the 41st floor sky lobby. Once there, he went on to run up 37 flights of stairs to reach the plane’s impact zone on the 78th floor. Orio was met there by Fire Marshal Ronald Bucca; they were the only first responders to reach the impact zone that day. There he reported, “Numerous 10-45s, code ones” AKA fatalities. Orio directed survivors of the impact how to get out of the building, relayed essential information to firemen below over the radio in an attempt to form a strategy to combat the flames and evacuate survivors, and brought comfort to those stuck & injured on the 78th floor by assuring them that help was coming.

Unfortunately, his efforts and the efforts of all other first responders weren’t enough to prevent the buildings from coming down. Orio perished in the World Trade Center that day when it collapsed, along with 342 other members of the FDNY. Orio’s heroic efforts have been recognized in documentaries aired internationally on the History Channel, HBO, CBS and others.

During Orio's FDNY career he was published in a number of nationally distributed firefighting magazines as well as the internal FDNY newsletter. He also taught FDNY promotional classes at night while working toward his own bachelor's degree in Fire Engineering from John Jay College. Following his death, the FDNY Physical Fitness Award was named after him in recognition of his earning it more than any other fireman prior to his death.

All donations go to Building for America’s Bravest, a program of the Stephen Siller Tunnel to Towers Foundation that constructs specially adapted smart homes for our most catastrophically injured service members.  The Siller Family started the Stephen Siller Tunnel to Towers Foundation to honor the memory of their brother, Stephen, a New York City firefighter (FDNY) who lost his life on September 11, 2001 after strapping on his gear and running through the Brooklyn Battery Tunnel to the Twin Towers. This race is meant to commemorate the run that he made