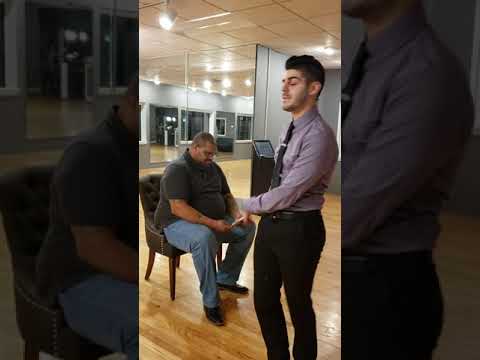 Maurice and I are Dancing in the ALL STARS Dancing for Donation Gala in March 2020. We are raising money for Donate Life CT. This charity is very near and dear to our family. As many of you know 7 years ago we lost our daughter Chelsea Davies. Chelsea was a wonderful daughter, loving sister, caring friend and beloved by all who encountered her. CT Donate Life has given our family so much love, comfort and most of all a community of family and friends to connect with in happiness when the gift of life was given through donation and sadness when remembering a loved one. Below is an article written on April 2018, by the Hospital of Central Connecticut.

Seven years ago, Jammy Davies, a resident of Bristol, faced a parent’s worst nightmare.Her 20-year old daughter, Chelsea, became critically ill with bacterial meningitis, aninfection in the brain and spinal cord. When Chelsea died at Hartford Hospital,Davies and her husband faced a wrenching decision: would they be willingto donate their beloved daughter’s organs? Their decision saved a man’s life. A yearlater, the organ recipient reached out to her in a letter. “The first time I read it, I cried and cried.I loved receiving the letter, but I couldn’t bring myself to talk about it and I even hidthe letter away to keep me from crying,” Davies recalled. Then she received another letter from him. And another. While reading each letter about how the recipient was doing and how grateful he was, Davies wanted to respond, but couldn’t bring herself to write back because it wasstill too painful, she said. However, three months later, she finally did.“It was a huge wave of relief,” Davies said. “Since Chelsea’s passing, I was going through an internal struggle, but sending out that letter put me one step further in the healing process.”Since sending her letter, Davies and the recipient have been in constant communication and they were finally able to meet a couple months later. “We had an instant connection,” saidDavies. “It made my life more comforting and it felt really good because of how natural and real our interactions were. He was crying just as much as we were, if not more.”

I’d like to say that Patrick is alive, well, happy, living life to the fullest. We see him a few times a year and consider him part of our family.

Please consider donating to our page, we would like to continue to honor Chelsea and her decision to give the gift of life.

Each dollar is equal to one vote, So no amount is too small. All donation amounts are appreciated.