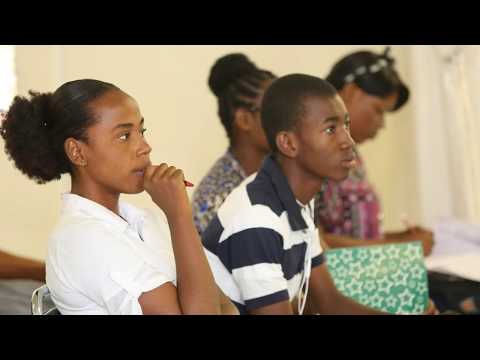 Solidarity with the Haitian People as They Face COVID-19

We are seeking YOUR support for health care and educational efforts being waged by courageous Haitian activists under the most intolerable conditions. While the Haitian people are suffering from ever-deepening poverty and gross human rights violations under the US-backed dictatorship of Jovenel Moise, they now face the onslaught of COVID-19 on top of the pre-existing Cholera epidemic. Currently, clean drinking water is accessible to only 23% of the population. The vast majority do not have access to hand sanitizer. The healthcare budget, slashed relentlesslty ever since the US-backed coup in 2004, now stands at only 4.4% of the national budget, down from 16.6% before the coup. There are only 124 intensive care unit hospital beds for a population of about 11 million. Now, more than ever, our solidarity is needed.

Your donation will support the construction of the new teaching hospital by the University of the Aristide Foundation in Haiti (UNIFA). Once constructed, the hospital will serve as a training center for Haiti’s future doctors and also as a vital source of health care for the Haitian people. UNIFA is a widely acclaimed university in Haiti, re-opened by former President Jean-Bertrand Aristide and former First Lady Mildred Aristide against all odds after their return from exile to Haiti in 2011. Since then, UNIFA has educated and graduated hundreds of doctors, nurses, and other vitally needed professionals-- many from the poorest backgrounds-- committed to serving the Haitian people.  For more information on the hospital project, click here.

Your donation will also support the efforts by Haitian grassroots educators in Port-au-Prince to make sure that their community schools can keep serving the poorest of the poor, including SOPUDEP, the sister school of Los Altos High School. These community schools-- founded, operated, and run by dedicated Haitian educators-- not only provide children with an exemplary education and much-needed food, but also they organize mobile medical clinics to serve the larger, impoverished neighborhoods from which the children come. Your donations will continue to make all this possible!