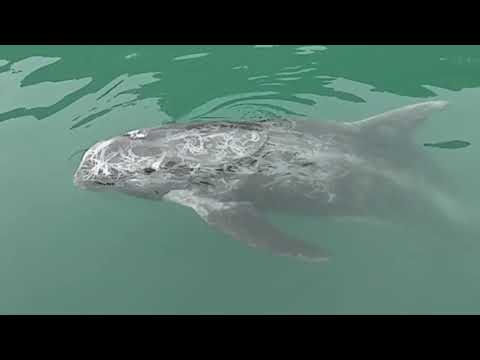 As an animal rights activist,  I stand vehemently against the exploitation of animals. I fight for animal liberation and the end of speciesism, and I speak for those who can't. And in March 2019, I came to Japan with the sole intention of advocating for dolphins and whales. In October this year, I reached a goal 9 years in the making. By volunteering with Ric 'o Barry's Dolphin Project as a cove monitor, I aimed to expose the secret slaughter of one of the most beloved creatures on Earth.

Despite the difficulties I have encountered on my journey, including harassment, threats and abuse, my suffering is but a drop in the ocean compared to what dolphins and whales have to endure here. They are hunted, driven in, butchered, stolen, imprisoned, starved, isolated and neglected; all for profit and so-called tradition.

Despite the gruesome practice that continues in the small town of Taiji, the majority of the Japanese population is otherwise considerate, kind and upstanding, and is largely unaware of the horrors that take place at the cove. In fact, while in Japan, I have had the distinct honour of meeting some of the most generous and humble people I have ever encountered. I have also had the misfortune of witnessing the brutality of a handful of callous local hunters who care nothing about their innocent victims, as they tear apart families and hack apart individuals.

They hide behind tarps, overgrown woods and restricted areas, and they do everything possible to prevent us from continuing to expose this abhorrent practice. However, we remain undeterred. Cove monitors spend the entire 6 month hunting period keeping a watchful eye over the ocean and documenting these travesties. By sharing what we witness, we hope to galvanise the global community into action so we can pressure Japan to end the slaughter, sale and captivity of these beautiful, sentient beings.

But, Dolphin Project relies on public donations to run this annual campaign, in order to end these barbaric hunts and to empty all the tanks. Every dollar donated allows us to continue this fight in the war between life and death and no contribution is too small. Transportation, accommodation and living expenses in Japan are extremely costly and public support allows volunteers to continue our efforts to protect dolphins and whales. Without your support, we cannot continue our campaigns. We can only put an end to this together. As such, please support my crowdrise campaign.

Your kindness and generosity are overwhelming and so integral to the success of Dolphin Project as well as to my personal activism. I am so deeply appreciative of each and every supporter and each contribution. We will succeed, together.