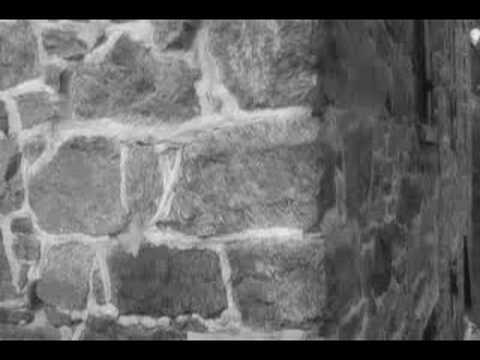 Raised by 12 people in 3 years

What has happened to the African American story in our area?

Every group with an historic restoration project believes that our old house ... our old bridge ... our old church… is "the thing that must be funded." In the case of the former 1885 Grace Methodist Episcopal Church — a structure built stone by stone with the hands of freed slaves and their concerned Quaker neighbors — these words ring more than true. Will you join in preserving the legacy of African Americans in Lincoln Village, Loudoun County?

The call is urgent. Grace was named by Preservation Virginia as one of Virginia’s Most Endangered Historic Places in 2018! Read about it here: https://www.preservationvirginia.com/images/programs/MEHP_PDF.pdf. This list represents some of Virginia’s most pressing historic preservation issues at risk from neglect, deterioration, insufficient funds, inappropriate development and/or insensitive public policy.

The Grace Methodist Episcopal Church got its start in the Lincoln Colored School (built in 1866) where newly freed slaves were educated in one of the earliest public schools for African Americans in Virginia. It is located one mile south of Purcellville, in the current Goose Creek Historic District. The congregation first organized there in 1872, then built Grace just up the hill in 1885. Today, it looms empty; a mere shell of its former self.  African American historical structures such as the Grace building are rapidly disappearing, and must be preserved. Efforts to save the African American story must happen now, before development or decay bring them down.

In 2002, the Lincoln Preservation Foundation joined with the trustees of the Grace Church. United in an ambitious undertaking, they resolved to rescue and restore the abandoned building and tell its story. Over the years, we successfully raised money to stabilize the building from further decay, completed a two-year archaeological survey, and completed negotiations with the church conference to transfer the title safely over. We are now ready to move forward to the next phase of our plan.  Please click on our video and turn on the volume for our story in a nutshell.

The overall project strives to restore the building and grounds and allow it to stand as a symbol of Loudoun’s African American history. Renamed the Grace Heritage Center, small exhibits will highlight the role of local African Americans, with special recognition given to pre-integration war veterans who served, but were not celebrated, because of their race.  The building will house cultural and historical documents, artifacts, photos, oral histories, and other objects to be shared with the community  The sanctuary will return to its original glory, and be available for meetings and community use.

The creation of the Grace Heritage Center is a large project and we are incrementally funding and restoring it. For this campaign, we are asking for cash donations targeted specifically for the installation of a subfloor for the former sanctuary, including the repair and replacement of the floor joists. Currently, there is no floor in place—only the building’s stone shell and roof remain. The front door opens to a cavernous interior, which drops suddenly to the basement ground. The total cost for the flooring project is $15,000. We have received a grant from the Loudoun Preservation Society and other donors, but need $5,000 more. We are asking you to help today with a tax-deductible donation. The Lincoln Preservation Foundation is a non-profit  501 (c) 3. Every gift counts: from $5 to $5000, every dollar goes towards this project.  The Lincoln Preservation Foundation is a non-profit  501 (c) 3. For more information, we invite you to visit our website: http://www.lincolnpreservation.org.

The Restoration of Grace promises to fulfill the urgent need to protect Loudoun County’s African American cultural history and protect it from the pressures of growth- in one of the fastest growing counties in the nation. It will preserve a significant social, religious, cultural, and racial chapter in America’s past, in tangible form, to share with today’s and future generations.

Raised by 12 people in 3 years