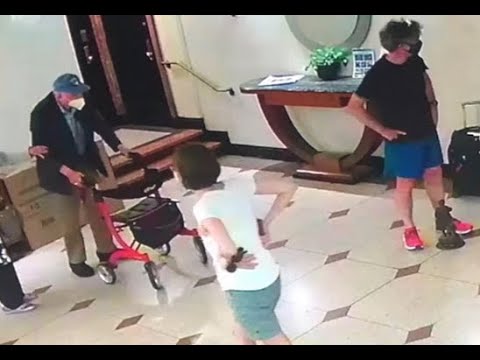 “Cancel Culture” struck home. John Cartafalsa fought back. Fight back in his memory.

For more than thirty years, John Cartafalsa's beloved Columbus sculpture welcomed all who entered the lobby of his Manhattan apartment building. Then one day last summer, "cancel culture" struck home. The bronze figurine vanished, taken from its niche.

The 91-year-old retired attorney's initial shock was really a one-two punch. Aided by a walker, he moved about the lobby and was stunned to see the statue on the floor at the heel of his neighbor, Sean Morrison, 55, a medical doctor. Cartafalsa demanded the statue's return. A third neighbor intervened and complied. The next morning the statue was gone. Security cameras showed Morrison briskly exiting the lobby carrying the missing statue under his arm.

Cartafalsa, frail and in poor health, was devastated. A Sicilian-born relative gifted the statue in 1957 to Cartafalso upon graduating from New York University Law School. "It has a lot of family and emotional meaning," son John, Jr. told the New York Post. "In my father's eyes, the statue is priceless."

The elder Cartafalsa passed away on September 26 following an extended hospitalization. Now, the Columbus Heritage Coalition has established the John B. Cartafalsa Sr. Legal Defense Fund to counter the damage to Columbus statues. Legal counsel is desperately needed across the nation as fellow citizens step up to challenge hateful acts that defile, destroy, or conceal statues of the great explorer and other preeminent women and men of our common culture.

"For millions of immigrants and their descendants like John Cartafalsa, the Columbus statue is a deep-rooted public expression of pride, culture, and identity," said Angelo Vivolo, president of the Coalition. "Our 91-year-old friend John has passed away, but his passion for his heritage and the true meaning of Columbus will be passed from generation to generation."