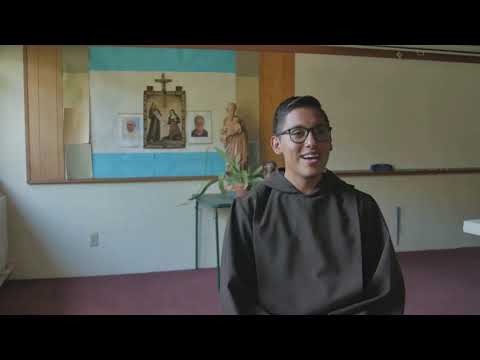 We have reached 70% of our goal for this campaign from all donation sources! Thanks to everyone for your generosity in this year of the pandemic. Hopefully 2021 will permit us to have our Gala physically at the Seminary again.  If we can, the date will be Saturday, September 11, 2021.

This campaign is now closed. Donations may still be made at our website http://www.sanlorenzofoundation.org. All monies raised are for the sole benefit of the San Lorenzo Seminary.

UPDATE:  We are at 63% of our goal! Go to http://www.sanlorenzofoundation.org and scroll down to see the current total fundraising amount. Thank you to all who have donated and supported our fundraiser in this very difficult time.

The San Lorenzo Foundation, a 501(c) (3) non-profit corporation, was founded in 1984 specifically to help with the needs of the San Lorenzo Seminary located in Santa Ynez Valley, just north of Santa Barbara, CA.

In 1960, the Hourihan family generously donated the 28 acres of land on which the Seminary was built. The family home still sits on the hill overlooking the Seminary and now is used for visitors to the Seminary. You can read about the history of the Seminary by clicking on these links - http://www.sanlorenzofoundation.org/history.html and https://sanlorenzoseminary.org/about-us/.

Why do we do this, you may ask? It is and always will be, to support, materially, the ongoing needs of the Seminary in their formation of new men for the Capuchin Franciscan order throughout the United States and other countries. The novitiate was reactivated in 2011 and is international in scope. The North American Pacific Capuchin Conference (NAPCC) was formed and San Lorenzo Seminary was selected as the novitiate for all Capuchin novices in English and French-speaking North America, Guam, and Australia.

For the year of 2020-2021, we will be supporting 15 men who will be discerning their vocation. See the picture of the new novices for this year, the provinces from which they come, and this link to their Investiture Ceremony -- https://www.facebook.com/TheCaperoneSLS/videos/224989131948564/. Also, check out the YouTube video of the 2019-2020 novices that was done for our 2019 Gala.

During this year of discernment, the novices perform various outreach ministries throughout the Santa Barbara region. From Catholic Charities in Lompoc to Atterdag Village of Solvang and the Marian Regional Medical Center in Santa Maria plus many other places, the novices bring their peace and love to all  those that they meet. This is all part of their discernment year -- to be of service to our fellow human beings with the gifts that God has given them.

For the first time in over the last 30+years and due to the COVID-19 pandemic, the Foundation is not able to hold a physical fundraiser. The Foundation's annual event started with a Luau around the pool in 1990. In 2003, the event became a themed Gala in which various countries, towns, etc. were picked as the theme that year. In 2017, the Foundation began its New Novices Gala where we honor the new novices who will reside at San Lorenzo for one year in discernment of their vocation. The year 2020 will be a year to remember for all of us, especially for the 2019-2020 class of novices -- the COVID-19 pandemic and the fire of June 6, 2020 that burned about 45 acres around the historical home of the Hourihans. However, it was untouched by the fire due to the herculean efforts of our local fire department.

The pictures show some of the areas on the Seminary grounds. They depict some of the projects that the Foundation has been able to fund over the years. The solar panel system, completed last year, provides for electricity for the Seminary needs thus reducing the costs from the power company. The vineyard was planted in 2014 with financial support from the Foundation. The large building was completed several years ago and it now houses storage for both the Seminary and Foundation. In addition, it has an exercise room for the novices to use. The building with the tractor was funded from the 2016 Gala.

We ask that you consider giving a donation toward our goal of $50,000 for the needs of the Seminary. This year we have identified a major need for a back-up generator. The solar power generating system works beautifully but it requires a connection to the power company in order to provide power. A back-up generator would provide power whenever power from the power company is interrupted. Due to potential lengthy power safety shut offs by PG&E in high fire weather situations, the generator will power the kitchen refrigerators and prevent spoilage of food. During the recent fire on the Seminary grounds, caused by a downed power line on a neighboring property, they were left without power for almost a full day. The proposed back-up generator will automatically start-up and provide power to the Seminary.

To donate, simply click on the Donate button and select the amount of your donation or add your own amount in the space provided. Your donation will go a long way in supporting the San Lorenzo Seminary and Novices; and it is tax deductible to the extent that the law provides. The San Lorenzo Foundation's Tax ID number is 77-0080695.