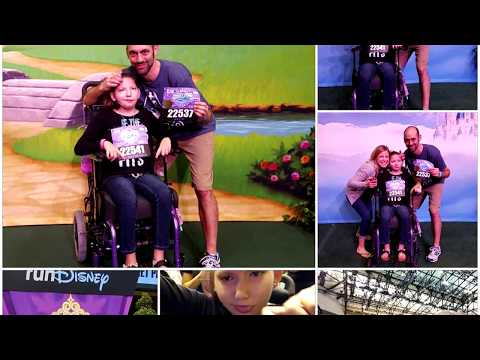 Running for the Best Week of Their Lives

Raised by 10 people in 3 years

Team Boyle will be “Running for the Best Week of Their Lives!” This run will raise $5,000 to send 10 kids with disabilities to a Young Life Capernaum Camp in Virginia. Last summer, Courteney and her brother, Kevin, were campers at this week of camp and it was “the best week of their lives!” It is a camp where about 300 kids (ages 14-21) with special needs (intellectual & physical) are celebrated and encouraged. They build friendships and have a blast! There are no “cannots” at Young Life Camp, mostly because everything is accessible and inclusive, from ropes courses to zip lining and horseback riding to swimming. These kids are told by the camp speaker and their leaders throughout the week just how loved they are by God, that they have great purpose and that they belong! It is a week of camp that Team Boyle believes every kid with a disability should experience! The Boyle family knows that experiences like this are few and far between for special needs kids and that this week of camp can be life changing.

WILL YOU JOIN US?!

The Team Boyle Foundation is a 501(c)(3) non-profit organization.

The Beginning of TEAM BOYLE:

Team Boyle is comprised of Dan and Courteney Boyle - a father - daughter duo who changed the world of running three years ago!  Dan and Courteney had been running all over the state of Ohio for fun and realized along the way that they tend to inspire those who see them and know their story.  This amazing journey began back in 2015 when Dan attempted to push Courteney in her wheelchair in the the Glass Slipper Challenge, 19.3 miles, at Disney World, a place very near and dear to the Boyle family, as both of their special needs/medically fragile children had their Make-A-Wish trips there in previous years.  But Dan learned of Disney’s “no mobility aid” policy that would keep him from pushing his princess in the race of her lifetime.  Courteney had some very serious, life threatening medical issues arise earlier in 2015 that left Dan knowing that he couldn't take no for answer and pursued getting that rule changed!  After months of persevering, contacting U.S.A Track & Field, submitting waivers, Dan and Courteney received a phone call from runDisney inviting them to run and sharing the exciting news that pushed wheelchairs would now be allowed!  In that very moment, Team Boyle became trailblazers!  And from there, their story took off gaining momentum on news channels all over the country, as well as online blogs and news forums.  When the actual event came in February of 2016, thousands of runners knew Courteney and Dan's story.  Dan realized during the Disney run, and from the feedback he received from people all over the country in support of Team Boyle, that it was time to create a non-profit and run for amazing causes that directly impact the special needs community. They decided that each year they will “Run with Purpose” by choosing a special needs cause to run and raise funds for. The first run in 2016 was “Running for Rina,”  a young lady with significant special needs in El Salvador.  The Boyles have known Rina for over 12 years, having spent time with her, fitting her in a wheelchair and sponsoring her for much of those years.  Courteney ended up shattering her $5,000 goal as her story made it's way across the country, and she ended up raising a remarkable $12,000 to provide years of care for Rina!!!  In 2017, Team Boyle's cause was “Running for Challenger Baseball,” by raising funds for the Challenger Baseball OHIO state tournament.  Challenger Baseball is a special needs, adapted baseball leauge, a division of Little League.   Challenger Baseball is all over the country in every state, giving kids with differing abilities the chance to be part of a team, get cheered for, score a run, and have their parents in the crowd watching rather than doing.  It's been an amazing part of the Boyle's lives, as both of their kids play each and every year and love it!  Team Boyle raised $8,000 toward the $40,000 needed to host such a massive and incredible tournament!

THIS YEAR, Dan & Courteney are back at it again…impacting their community, creating awareness and most of all, running with purpose!

Raised by 10 people in 3 years