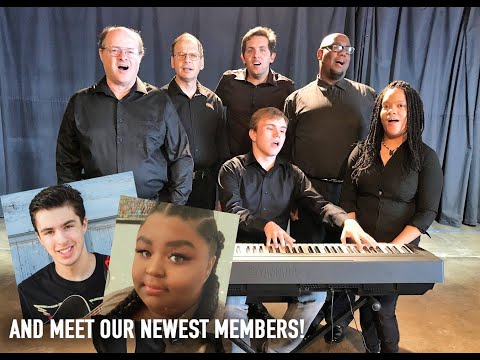 Rex & Friends is a program that provides support and training in musical abilities, and performance opportunities for individuals in Southern California who are blind or autistic. Both of these disabilities tend to isolate, and the program is geared to help bridge this isolation. We bring these musicians together and provide ongoing professional support and guidance. Participants develop musical repertoire in an environment that is sure to grow friendships, self-esteem, and skill while rehearsing and ultimately performing in front of live audiences.

Born blind, Rex Lewis-Clack was diagnosed with autism as a toddler, and then labeled a musical genius (piano) by the age of 7, when musicologists became astounded by his ability to play back complex piano pieces he had heard only once, and then transpose them into other keys or improvise off themes with little effort. Considered a prodigious musical savant, Rex ranks as one of less than 50 people throughout history to combine blindness, intellectual disability and prodigious musical ability.

For Rex, the moment his fingers touched a keyboard, his extraordinary mind began to forge a trail for communicative passage to the outside world. Music released the floodgates of other underdeveloped areas of his mind allowing them to flourish unabated by former cognitive restrictions. Rex found his voice, literally and figuratively.

For people living with the challenges of autism, alternative avenues of communication can provide a pathway for the autistic mind to bridge the gap towards interconnection; music is that bridge. Music can transform their lives by offering important cognitive, social and emotional benefits. People who are blind or autistic need extra support (physical assistance, adapted programs, private settings) to access the benefits of enrichment provided by music education and performances. Thanks to his incredible personal journey, Rex and a group of his friends formed a nonprofit to help others find their way across the bridge. Rex and his mother continue to perform and speak around the world to inspire others.

Rex & Friends was founded by Matt Wolf in 2012. Previously a standalone 501(c)(3) charity, Rex & Friends joined forces with CRE Outreach for a performance in October 2016. Because of their similar missions of transforming lives through the arts, the two organizations saw profound results from that collaboration. By March 2017, the two organizations committed to a continued partnership, and Rex & Friends became on official program of CRE Outreach. Wolf continues his leadership of the program as a current member of the CRE Outreach Board of Directors.