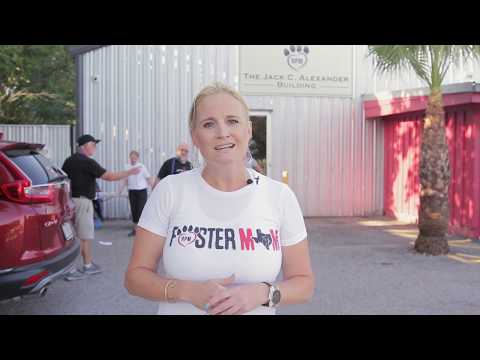 We encourage you to watch the video to really understand who we are.

Rescued Pets Movement’s mission is to provide a second chance for thousands of homeless dogs and cats through rescue, rehabilitation, and transport to forever homes in communities throughout the country that have a need for adoptable pets.

Imagine a city with approximately 800,000 to 1 million homeless dogs and cats roaming its streets. The city’s rescue groups and shelters are so overburdened with animals, they cannot help. No one is looking to adopt because the city is already overrun with animals needing homes. The multiple kill shelters around the city are euthanizing up to 85% of the dogs and cats that enter their facilities because they have nowhere to put them. The city’s pound—a shelter obligated by law to take all animals turned in and to pick up stray animals—is receiving over 100 animals per day. The city is scrambling to implement better spay-and-neuter programs, but the hard truth is that it will take years to feel the positive effect of those programs. In short, in this city, the homeless animal problem is overwhelming, and no program can even make a dent. As a result, thousands upon thousands of adoptable dogs and cats are killed every single year in this city—not because they are too sick to save, but because of a lack of space.

Now imagine another city. Because of strong spay-and-neuter programs, lack of a year-round breeding season, and a generally more positive attitude toward rescue animals, this second city actually has a need for adoptable dogs and cats. This city’s shelters are mostly empty, and there are no homeless animals roaming its streets. In this city, rescue groups and shelters have space to spare. Here, there are lines of families waiting to adopt, but there are simply not enough pets to go around.

Rescued Pets Movement (RPM) was conceived in the first city—Houston, Texas. Depressed and exhausted from trying to save pets with no room or funding, the founders created RPM to bring the supply in Houston to the demand in other states. After working with various traditional rescue groups for many years, RPM’s founders came to realize that the best way to save these dogs and cats is to build solid relationships with reputable shelters and rescue groups in Houston and in areas of the United States where pet overpopulation does not exist and then arrange transportation to get the animals there. To that end, RPM partnered with the Houston city pound and has helped change the face of rescue in Houston. Because of this partnership, in just over 5.5 years, RPM has saved more than 35,000 death-row dogs and cats and has been instrumental in increasing the pound’s save rate from a mere 45% to a high of 90%.

Because of its innovative program and the thousands of hours invested by RPM’s volunteers and foster families, there is now actually hope in Houston for our homeless pets. Although the save rate at the city pound is slowly climbing, Houston is still a long way off from being anything like that second city. RPM still has much more work to do. There are more animals waiting to find their second chance. We hope you will join our movement and help us move pets home.

Thank you for donating.