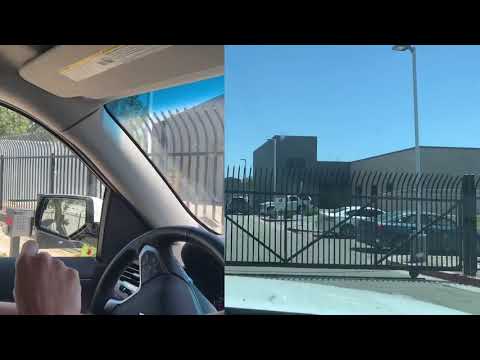 UPDATE: Moose hit yet another hurdle. He spent the day at the vet on wednesday 5/13, having tests and x-rays run to find a reason for his incontinence. still waiting for results though we are worried this could be ANOTHER complication from his surgery at the shelter. (he was also neutered when he had his leg surgery) This set us back another $250!!

Moose (formerly Eddy) is one of the sweetest dogs we've ever met. Moose was found in the desert with a broken femur. We aren't sure if he was hit by a car, or if someone did this to him and dumped him. Either way, he was let down by humans and we couldn't let him down again by allowing him to euthanized simply because he had no one to love him. Despite having surgery at the shelter to place a pin in his leg, no one was coming for him and his time was up.

We knew when we rescued moose hours before he was scheduled to be euthanized, that he would be a special medical case. But we couldn’t have anticipated the complications he would face from his surgery at the shelter- the pin that was placed started to shift, which caused fluid buildup and an infection, and then ultimately a bleed out.

Moose needed emergency surgery to replace the pin. His surgery cost our organization $6000 so far, and he still has a long road ahead. Moose will need extensive physical therapy to regain mobility in his leg. Not to mention the series of follow up care visits and x-rays over the next few months.

It's going to be a long road for Moose, but we will be at his side, holding his paw, every step of the way.

Despite all of the hurdles Moose has faced in recent weeks, he remains the sweetest boy with tail still waggin for the foster family who’s been rallying behind him. Moose has already won the hearts of so many in the short time he’s been with us...we can not and will not give up on him. But we could really use your help!

This has been an extremely traumatizing time for him and we want to make sure he continues to get the care he needs in order to make a full recovery. Any help towards the cost of his care would be greatly appreciated by Moose and those that care for him.