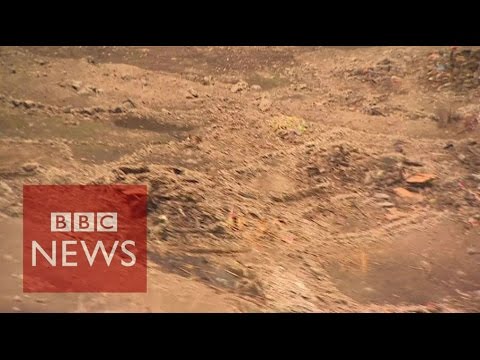 Saturday, April 25, 2015 a 7.8 magnitude earthquake struck Nepal.  High in the Himalyas a large glacier and frozen lake, hanging directly above the village of Langtang, broke loose and dumped an estimated 40 million tons of rock and ice on top of the village.  243 people died.  (Read more from BBC here).  Most of the world has moved on; but for Chime, his mother and father, the world will never be the same!  Penpa, the oldest son and Chimes brother, was buried in the slide. Chime, Mom and Dad, also lost their home and all their belongings under tons of rock and ice.  Worst of all, the family lost a total of 23 members.   (Langtang Before and After the Quake)

This family has had a special place in the hearts of our Mountain Spirits family.  We met Chime in 2000  while trekking in the Langtang valley, a weeks walk from the nearest road.  Chime was a precocious pranskter who stole our hearts riding baby yaks and playing tricks.  The following year Gordon Williams, a friend and faithful Nepal lover, sent Chime warm clothes and enough money to get started on a private education in Kathmandu.  Thanks to Gordon, we got to know Chime's extended family.  Gordon supported Chime and his family through donations and by helping us start and run The Mountain Spirits Fund.  He served on the board until his unexpected death this past summer.  The Mountain Spirits Fund (MSF) was established as a service branch of the trekking business in order to assist Chime and other families in Nepal with healthcare, education and housing.

Now, nearly 5 years after the devastating earthquake , "an estimated 100,000 or more people are living in emergency makeshift accomodation." The socioeconomic status of victims largely dicates who has rebuilt.  A large percentage (up to 1/3)  have not been able to rebuild due to lack of help from the government.  Thousands of Nepalis are still living in temporary housing.  We are still working to get our Langtang family out of their blue tarp shelter and into a real house.  Because their home was located in the Lanntand National Park (and they are not the highest socioeconomic group) the Nepali goverment would not grant them new land or money to rebuild elsewhere.  The most frustrating part is that while they waited for the Government to evaulate their aid needs (taking ultimately years to determine to give nothing) they at the same time would not allow them to begin the rebuilding process.

Since 2015 the family has been split apart between living in a flat rented by MSF in Kathmandu and taking care of the yaks they still have in the Langtang valley.  Chime’s family is Tibetan and they have worked hard to live independently; raising a garden, farm animals and raising yaks. Their souls are not meant for a life in the city. The last four years have been extremely difficult for all of them!  They are grieving the loss of their eldest son, sisters, brothers, aunts, uncles, their home, their land and their lifestyle.

The MSF purchased fertile land outside Kathmandu. Mom will be able to raise a garden again and have a few farm animals. Dad will be able to easily travel to Langtang and continue caring for his yaks. Chime has graduated college and is ready to go to work. Now they need a home!

Chime has obtained a quote from a contractor to build a simple one story, 800 square foot, two bedroom home. Since the 2015 earthquake the government has imposed much stricter codes and requirements for building materials causing building costs to skyrocket. This family cannot afford to do this on their own. We need to help them!

The quote Chime received estimated cost to be 32,29,180 Nepali rupees. Today, with an excellent exchange rate, this is approximately $30,000. The time to do this is now!  If we can get started in January 2020, it can be finished before monsoon returns in June.

Those of us who represent MSF deeply care about Chime and his family. We are also deeply grieving the loss of our friend Gordon! Yet beyond that, on a wider scale, Chime’s family represents a very precious culture that is struggling in the craziness of this world. The Tibetans in Nepal and the Nepali people are trying desperately to adjust to a fast changing world. Global warming, social unrest, economic chaos, an ever changing government….all are changing their world at breakneck speed. Giving this family a home and some stability gives all of us a hope for a better life.

The MSF is a registered 501 C3 Non Profit and will provide 2019 tax receipts for all donations.