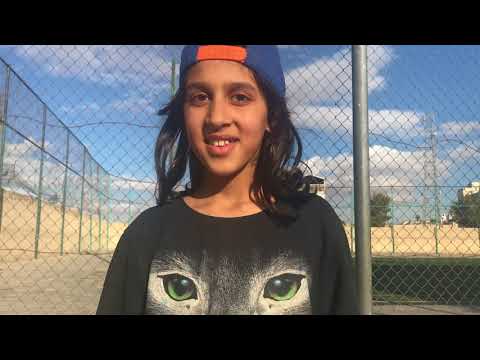 Do you believe in the power of sports?

At Reclaim Childhood, we do. To prove it, 20 teammates from around the world will run the 150 miles from the Dead Sea to the Red Sea. This race will be a grueling challenge. But we believe that, with power of sports, we can persevere as a team, inspire each other and make new friendships.

We ask that you support our team in taking on this challenge so that Reclaim Childhood can bring the power of sports to those who need it most - refugee and marginalized girls in the Middle East.

The Power of Sports

This power is rooted in simplicity. Think about it. The world’s most popular sports consist of kicking, throwing or just carrying some form of inflated leather at a target or across a line. That’s it.

Yet the power of sports brings out the very best in humanity, often in contrast to its worst.

In 1936, Jesse Owens, an African American long jumper, won four gold medals at the Olympics that were being held in the heart of Nazi Germany. Jesse’s belief in himself sent a reverberating rebuke to Hitler’s racism around the world.

In 1999, Brandi Chastain and the United States Women’s national soccer team persevered in an epic match in the world cup final. They showed boys and girls across America that women are heroes too.

Why are sports so powerful? They present a tangible challenge that requires mental and physical strength, along with a lot of help from other people. As such, they are formative.

Reclaim Childhood’s mission is to bring the power of sports to those who need it most. Girls in the Middle East, especially refugees, lack access to sports for cultural, economic and security reasons. By giving them a safe space to reclaim their childhoods, our sports programs improve their health and happiness, build new friendships and empower them to be leaders.