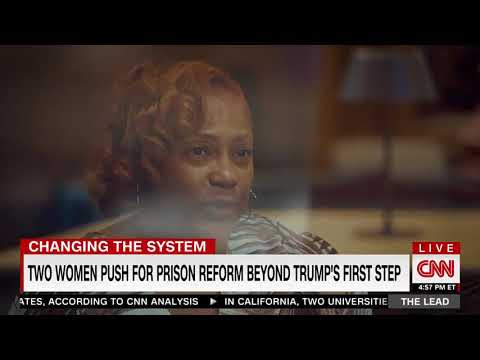 This year, the Black Lives Matter movement helped cast a spotlight on the United States’ approach to criminal justice, highlighting ugly truths about a prison system badly in need of reform. The US criminal justice system disproportionately targets people of color, subjecting them to brutal, harrowing punishments that would be inhumane regardless of the alleged infraction that brought them behind bars — and many prisoners are detained and denied basic human rights behind bars despite being guilty of minor offenses or of no crime at all. Every year, over 600,000 people enter prison gates. Even more troubling, 10.6 million people cycle through local county jails each year.

To complicate matters, the COVID-19 pandemic has turned correctional facilities into death camps. As cases spread through overcrowded prisons and jails, social distancing becomes impossible, masks and other personal protective equipment are scarce, access to alcohol-based hand sanitizer is often banned, and medical care has a long history of neglectful treatment.

We’re going to try to do something to protect people at risk of oppression and human rights violations in the United States Criminal Justice System.

The 13th Amendment of the United States Constitution protects us all from cruel and unusual punishment. Despite this, many US prisons and jails are currently overcrowded, have inhumane conditions, exploit labor, and lack proper hygiene and resources — making even an arrest for a minor allegation a potential death sentence while awaiting trial.

• As of October 2016, there have been 1900 exonerations of the wrongfully accused, 47% of the exonerated were African American.

• A lack of mechanisms and laws that hold police officers accountable or provide standards for use of force and other abusive procedures endanger the lives of citizens, disproportionately affecting Black people.

• Even once released, the criminal justice system stacks the deck against Black people, with over 50,000 legal restrictions against people with criminal records or felony convictions, which create obstacles to building a space for themselves in public society — preventing people from obtaining jobs, housing or other resources solely because of their past. This vastly impacts the rate of recidivism — nearly 75% of people are still unable to find work a year after release from incarceration, and almost half will return to prison within a few years of release.

• 7% of state prisoners and 18% of federal prisoners are employed by for-profit companies including major corporations, with an output of $2 billion of work per year — but the average inmate wage is 12 cents - 40 cents an hour with 12-hour workdays as the norm. And in Texas, incarcerated workers do not get paid at all.

In partnership with the non-profit Misha Collins’ founded, Random Acts (a 501 (c)(3)), we’re setting a goal of raising $100,000 to help close prison doors and open doors of opportunity for people incarcerated in the United States who are being subjected to inhumane and unjust treatment. To be clear, this isn’t an issue of guilt or innocence; it’s a human rights issue. No person should face abuse or risk death due to a lack of adequate resources and proper, humane treatment.

Your donations will help fund Dream Corps’ efforts to “#cut50” — a bipartisan effort to cut crime and incarceration across all 50 states - while moving the needle toward criminal justice reform on several levels to create a more equitable and just system.

Funds from this campaign will go to programs that:

1. Create dignity and safety for incarcerated women and men.

2. Provide critically needed policy change that expands life-saving treatment, testing, sanitation gear to protect those behind bars from the pandemic,

3.  Fight for badly-needed legislative prison reform that reduces incarceration and provide fair chances for people when they return to communities, and

4.  Support advocacy programs that help formerly incarcerated leaders share their experiences with those empowered to change the system - changing minds, hearts, and laws.

We invite you to please join us in achieving our goal of raising 100,000 to help change the lives of people who've experienced atrocities and prejudices similar to Pamela Winn.