Are you a pre-health student passionate about health advocacy and helping patients in your local community? Are you struggling to find an internship and navigate COVID-19 restrictions? Do you want to learn more about the various pathways you can pursue as a student and future provider? Come to Preemie to Pre-Med's Pre-Health Panel Fundraiser! Not only will we be talking all things medicine, advocacy, and research, but YOU can help support integral child life programming at MassGeneral Hospital for Children! All ticket proceeds are tax deductible and will go towards Preemie to Pre-Med’s $30,000 goal to fund child life initiatives at MGHfC through the summer of 2022!

So, come meet some amazing healthcare providers, learn how you can succeed in this rapidly changing healthcare environment, and help support an amazing initiative to improve patient and family resiliency in pediatric care settings! PLUS, THREE lucky pre-health students will receive comprehensive internship and shadowing planning meetings with PTP's founder, Lena, and vice president, Joanna, who will help connect you with pre-health opportunities in Boston and beyond!

What are you waiting for? Sign up to reserve your spot today!

It all started with an ultrasound, three heartbeats, and two very shocked parents. When our mom found out she was having triplets, she had no idea what to expect. But with the help of talented Maternal-Fetal Medicine Specialists at Massachusetts General Hospital, she was able to tackle each challenge head-on. And in February 1999, she met her three girls 2 months ahead of schedule. I was one of those girls.

At birth, I was the smallest, tipping the scale at barely more than two pounds. And unlike my sisters, it quickly became apparent that my respiratory and GI tracts weren’t wired like the rest of the world. What began with the delivery of three little girls, became a three-month-long stay in the NICU, with countless close calls, emergency surgeries, and set the stage for a lifetime of medical treatment.  In the years that followed, I faced one hospital admission after the next. According to a pediatric study conducted by my surgical team, I could have up to 32 cases of pneumonia per year—that’s one pneumonia every two weeks! As you can imagine, I had become, quite literally, a revolving door patient. But then came the surgery, and the surgeon, that we had waited four years to find.

To my team, this surgery marked a pivotal moment; it was the surgery that would hopefully put an end to all future ones. But for me, that surgery marked a different period. Unlike the times that came before, I would finally remember that admission; it marked the beginning of my story, or rather, the beginning of what I can remember. And it was through those experiences that I found myself amid another story: the story of learning what it takes to stand on the other side of the operating table.

This past March, I had the privilege to spend some time on that other side and shadow in the Department of Pediatric Surgery at MGHfC. That week, COVID-19 was declared a global pandemic. Over the course of seven days, I watched as medicine became dismantled from the outside in. A stark contrast from pre-COVID times, what began with the cancellation of all non-elective procedures, became the removal of all non-essential personnel, volunteers, and students as hospitals throughout the country struggled to make sense of our “new normal”. I left MGH with a certain finality and fear, wondering what this new era would mean not only for pre-medical students like myself but also at-risk pediatric patients, patients who would still face the daunting future of repeat hospital admissions during a deadly pandemic.  It was a scary, lonely prospect, fraught with new restrictions and periods of indefinite isolation.

Today, I no longer spend weeks in the hospital and am lucky to be living through this pandemic relatively unscathed. And yet, when I think back to my time as a patient and the differences brought upon us due to COVID-19, one comment has stayed with me: I have no idea how she keeps smiling. The answer to that question is the amazing team at the John Hancock Child Life and Wellness Program at MGHfC, a program that has been profoundly affected by COVID-19.

My name is Lena and this is my story of how child life departments helped me go from preemie to pre-med. To give other children the same opportunity post-pandemic, please join me in raising $30,000 (or more!) for child life at MGHfC, so that patients like me keep smiling for years to come!

***NOTE: As of 3/1/21 we have raised $27,000 in total and have increased our initial goal to $30,000. Due to non-GoFundMe donations, that number is not reflected here, however our GoFundMe goal has been adjusted to reflect the additional $3,000 we are hoping to raise by May!

Posted by Preemie to Pre-Med 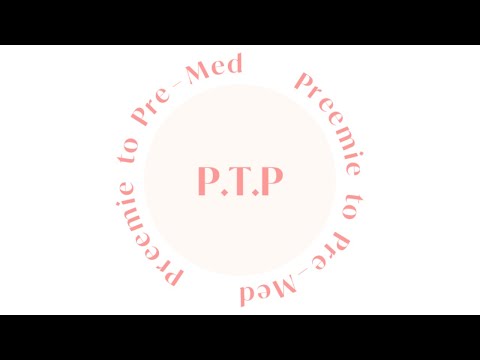