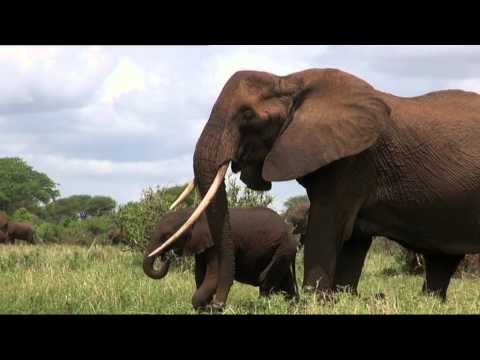 Every year hundreds of Park Rangers in Africa and Asia are being killed defending and protecting the wildlife in their countries against the threat of poaching. These regions are home to some of the world’s richest biodiverse ecosystems which are constantly threatened by poachers and local militias. The wildlife in these areas are in danger, which trickles down to affect the communities and people living among them. Park Rangers risk their lives daily to protect animals and environments, often times without proper equipment, generally not enough pay or compensation and overall not nearly enough respect. One notable organization was founded in 2004 in order to stand tall against threats to “Protect Nature’s Protectors”.

The Thin Green Line Foundation was founded by award-winning conservationist ;Sean Willmore. In 2004, Sean set off around the world to make a documentary about the stories and plight of Park Rangers. One huge result of this experience was the creation of The Thin Green Line Foundation which aims to bring value to the dangerous work of rangers, help rangers ensure their safety when in contact with poachers, as well as providing skills, tools and a livable wage.

Tindakan.org is producing an epic and compelling film on behalf of TGLF, documenting the lives and experiences rangers around the world are going through as they risk their lives to protect our natural heritage that is disappearing at an alarming rate. Most people don't know what these brave men and women go through on so many levels. As a society if we are to evolve and grow, we must recognize, acknowledge and honor their sacrifice and this film aims to do just that.

Observational. Other modes and styles will be used to communicate the multitude of problems that result from the description and death of animal wildlife in a functioning ecosystem.

~Tindakan will create a clear message about the dangers that Rangers encounter daily and how important their life’s work of protecting wildlife is.

~To appropriately display the significance of the Sub Saharan, Asian and South American ecosystems and how they are linked to the wellbeing of the communities that surround and live among them as well as the balance of life.

~Promulgate the negative effects of poaching and the black market affairs associated.

~Overall create a compelling, insightful & meaningful documentary to heighten awareness and positively influence viewers to become aware of the environmental destruction that is taking place and to take immediate action in whatever way they can.

Leg I filming will begin in December 2019-March 2020 in Kenya, Uganda, Rwanda DRC and Congo

Leg IV filming will begin with film crew A in Jan 2021 in Brazil, Peru, Equador and Colombia

~Funding Allocation for Phase I- The funds raised from this campaign will be used for the film crew's ancillary such as travel through the countries, lodging, meals and equipment while filming on location.

~Because we are a 501c3, all donations are also tax deductible.

What You Get Back:

$100-$999- Your name appearing in the end credits, 2 passes to a showing of the documentary along with the 2 T-shirts

Want an Executive Producer billing and a once in a life time opportunity to spend a week on one of the locations with the film crew and the rangers??!! Contact us at info@tindakan.org for more details!