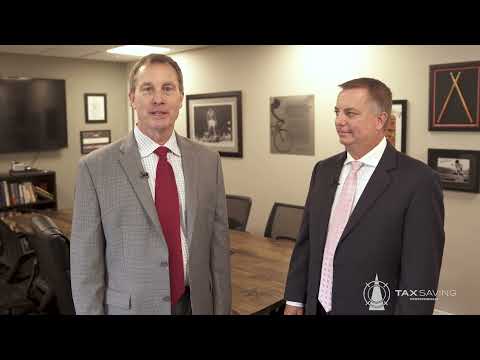 Pedaling Our Butts Off for Breast Cancer

What do three business executives do when they decide to take a short break from the boardroom? They take off their ties, put on their bike helmets and set out on a bike trip to raise money for Breast Cancer Awareness and Research.

Drew Miles, founder and CEO of Tax Saving Professionals, Ted Zamerski, Director of Fulfillment at Tax Saving Professionals, and Brian Shey, founder and President of SterlingWyatt, P.A. and a OneAmerica Chairman’s Qualifier as well as a member of Tax Saving Professionals' Family Office Team, are doing just that. From September 7 - September 17, they will ride more than 500 miles on the Blue Ridge Parkway - end to end. They are riding their butts off in support of all those who have been affected by breast cancer - the survivors, the caretakers, and those who have lost a loved one to breast cancer - and aim to raise money for the American Cancer Society in support of awareness and research.

Of all the different things they could do with their break from the boardroom, why would they choose to embark on what will be a challenge with their time off?

Although death rates due to breast cancer have decreased 1% per year since 2013 for women over 50, more than 40,000 women are estimated to die due to the disease. The decreases are believed to be the result of detecting breast cancer earlier through screen and increased awareness, as well as better treatments.

A number of Drew's friends and staff are breast cancer survivors. "I've watched some of them undergo treatment and overcome - refusing to be held down by this insidious disease. We need to raise awareness. We need to raise funding to continue to improve treatments. And we need to claim victory. This is simply a way for me to use my passion for cycling to make a difference."

Whether we realize it or not, we all know someone who has been affected in some way by breast cancer. With the staggering statistics of how many have been diagnosed and those estimated to be diagnosed this year, how could we not. "While there has been great progress in breast cancer research and awareness, it’s so easy to think of what a difference I can make," said Ted. "What difference any of us can make. It’s precisely this thought that emphasizes the need to keep moving forward, to not give up ground in the fight. Drew and I were recently sharing bike challenges and how we keep moving forward. He said to me, 'We ride when it’s sunny. We ride when it’s rainy. We ride when we feel good, and we ride when we don’t. We ride.' To the survivors, the caretakers, those who fought the brave fight and all their loved one, we ride for you."

For Brian, the trials of breast cancer hit close to home. " Both my maternal grandmother and mother were diagnosed with breast cancer and won their battle. So many advances have been made since they were diagnosed, but we still have much to learn and achieve. I know that we can find a cure, but it will take all of us working together and providing whatever support we can. This is just one way I can support the cause."

Incredible strides have already been made in awareness and treatment, but we still have a lot of progress to make. We need to raise funding to continue to improve treatments. And we need to claim victory. Please consider joining Brian, Drew, and Ted on their trek of support by making a donation today. Thank you and God bless.