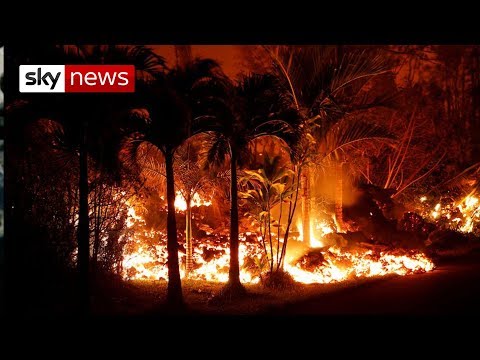 Pay it Forward for Puna!

Raised by 13 people in 2 years

On July 11th, 2018, I will be embarking on an adventure across the Pacific Ocean from San Francisco to Hawaii with my good friends Aaron Thule, Mike Meshkov, Mike Nesta, and Brandon Rojas aboard a small sailboat as competitors in the 2018 Pacific Cup.

The trip was born from a shared desitre to have the adventure of a lifetime among friends and to find ourselves before life, and all of its responsibilities, found us. There would be no mission, objective, ulterior motive, or accomplishment other than the personal satisfaction of crossing an ocean as a team, overcoming obstacles together, and strengthening ourselves physically, psychologically, and spiritually in the process.

But after seeing images of homes being consumed by fire and lava from the Kilauea Volcano, people in facemasks, volunteers handing out supplies, and the presence of the National Guard, it was deja vu for many of us on the team. For some of us, we experienced the fires that ripped through our community and served fire survivors in the aftermath. The images, impacts to residents, and recovery process we've been watching in Hawaii looks absolutely identical to our own here in Santa Rosa and Sonoma County.

For us, these images conjured up a mix of emotions: purpose, drive, fear, sadness, hope, anxiety. But one emotion that emerges most, particularly for me, is that of comfort and support. Why? It was amazing to observe how the whole world rallied around Sonoma County. Letters, financial support, clothing and other material donations flowed in from everywhere. Amidst the sadness and uncertainy, this deep feeling of support provided some balance to the grief we all were feeling. Well, at least for me it did.

As soon-to-be guests of Hawaii, we felt it appropriate to arrive with a gesture of support for the people of Hawaii, especially as the beneficiaries of huge support ourselves just 10 months prior. We see it as an opportunity to pay the generosity we received forward to a community that's going through a similar hardship.

We recognize that our communities that were so greatly affected by the fire are still in need, and for many of us who serve in the nonprofit field know, every dollar counts, especially now. Nevertheless, as the recipients of global generosity and kindness, we feel the need to pay it forward, and we hope that for some of you reading this, you  will agree. Even a small amount that we can donate is worth a lot as a gesture. It's a statement of support and comfort; a recognition of shared hardship, and continuing a tradition of supporting one another in times of crisis, regardless of boundaries, culture, nationality, and all the things that can too often divide people.

We hope you will consider pitching in whatever you can. Whatever we raise we will hand-deliver to the people of Puna on behalf of our own impacted communities.

About Puna and Pu'Uhonua o Puna

The small community of Puna, Hawaii, is currently experiencing the largest disaster to affect the Island of Hawaii in the last 100 years: the eruption of the Kilauea Volcano. This has resulted in massive loss of homes and property, and it is unknown when the lava will stop.

As of this writing, over 2,000 residents of lower Puna have been evacualted, and over 200 homes have been lost, resulting in the permanent displacement of hundreds of families. Many are fortunate to be able to stay with family and friends; others have found housing, but several hundred reside in community shelters, or in a tent outside the shelter amidst the heavy rains of Hawaii.

Recently, the County of Hawaii suspended building and land-use laws, similar to the actions made here locally by the County of Sonoma and the City of Santa Rosa. This has allowed for the construction of temporary housing to help the residents of Puna move out of the shelters and into a space that is more stable, secure and private.

The Catholic Church and HOPE Services Hawai'i gave permission to place micro-structures on their land in Pahoa town. During the last week of May, the church's land was cleared and grated in an effort to build 20 micro-structures. Each micro-structure is 120 square feet and is now providing safety and stability for people-in-need.

However, after asking how to best support displaced residents, organizers of Pu'uhonua o Puna, the organization coordinating the relief refforts, expressed a clear need for a $100,000 mobile shower unit that residents of the micro community can use until they find alternative housing or rebuild. Once the mobile shower unit is no longer needed, organizers stated that it will be put into circulation to serve the area's homeless population - another need in any community.

Our goal is to raise at least $10,000 of the $100,000 that's needed to acquire the shower trailer for the residents. all of the proceeds collected will directly benefit Pu'uhonua o Puna, one of the leading organizations coordinating and serving Puna.

Please contact Aaron Thule, a team member aboard Defiance, with any questions you may have. He can be reached via email at: abthule@gmail.com.

Raised by 13 people in 2 years