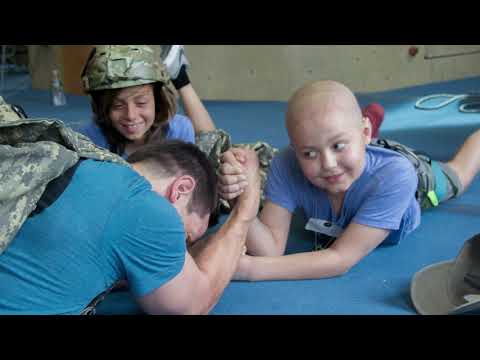 Hello, my name is Brent Vonroth, from Nutley NJ, and I have been selected to represent Team One Summit and run the Boston Marathon on April 15th, Patriots Day!!!  I have been a New York Road Runner since 2007 running to challenge myself and ultimately reach my goal of obtaining guaranteed entry into the NYC Marathon.  This past November I ran the 26.2 miles through the streets of New York for the eighth time.  My running journey has also brought me through 23 half marathons along with the completion of the Chicago Marathon.  The greatest goal I set for myself is to run the Boston Marathon with a qualifying time of 3:10:00 and be invited to run the 26.2 miles through Boston.  Something greater happened… I received the offer to run the Boston Marathon in support of One Summit.   An organization, like no other, that builds resilience in families facing pediatric cancer through experiential learning with Navy SEALS, storytelling, and community engagement.

I have been following the One Summit Mission since former Navy SEAL, Adam LaReau, had developed the plan in 2013.  One Summit was designed to build resilience in children with cancer by teaming them up with Navy SEAL mentors.  Before Adam became a Navy SEAL, he was my friend and teammate.  I had the privilege to see first hand his heart and will to tackle any obstacle he was confronted with.  He would never back down to a challenge and he kept his momentum moving forward.

The values and character Adam possesses are inherit from his parents, Joe and Sue LaReau.  Adam lost his mother to breast cancer during his first deployment in 2004.  He had to take the unimaginable trip home.  Before the dust could even settle after the loss of his mother, Adam had to return to serving his country, something I’m sure tested his strength and courage beyond anything he could have imagined.

Adam’s resilience was exhibited during that moment and countless other situations with his SEAL team.  After eleven years serving as a SEAL and willing to face the ultimate sacrifice, the question became, “ what was next?”  The honor of his mother and the honor of being a Navy SEAL were forged.  Adam created a community where families battling this horrific disease could come together with a SEAL mentor to celebrate life and triumph.  And so, One Summit was born.

Climb for Courage is One Summit’s experiential learning approach to building resilience in pediatric cancer patients and their siblings. Through a 1:1 match with a U.S. Navy SEAL, participants are supported through a series of rock climbing challenges and a curriculum based on teamwork, goal setting, and overcoming adversity.  The actual climb for courage coupled with the long lasting relationship formed with their Navy SEAL, each child is fostered with the additional source of strength and encouragement they need in their battle against cancer.  The remarkable flip side of this, is the strength and courage, the SEALS gain from their mentees.

The little warriors diagnosed with cancer haven’t climbed any mountains before and don’t possess the skill or experience.  However, they don’t have to face the challenge  alone when they find One Summit.  Cancer is an insidious disease that affects all of us, but children are at an unfair disadvantage. When I am out training, the little warriors of One Summit serve as inspiration. I find strength and fortitude thinking of them and their families who continue their fight against cancer.  To all the little warriors, I run for you!  I pull strength from your fight and will to never give up.

As I run the 26.2 mile trek through Massachusetts, I will be thinking of all the children and their families inflicted by this disease.  It will remind me why I run and why I have chosen to make a stand and show strength for the children.  As my feet pound the pavement with the thought of putting one foot in front of the other, I will be reminded of their will to keep fighting and to never give up. Thank you to everyone who will support me by donating to the noble One Summit.  And to everyone, cancer patients, their families, or otherwise: just breathe, fight, and live!

Thank You for your support