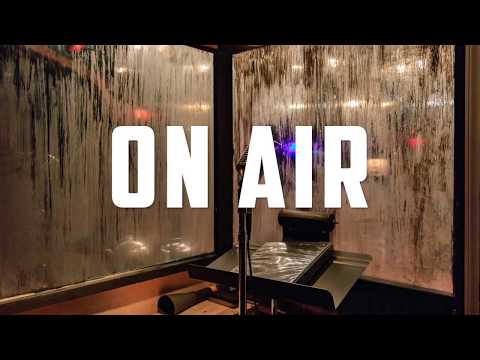 “Bold New Works for Intimate Stages” is a five-year commissioning project in which Creative Cauldron has produced an original world premiere musical for five seasons, written by Matt Conner (Music) and Stephen Gregory Smith (Book and Lyrics). Our original productions available for licensing can be found on our Licensing Bold New Works webpage.

The last in our series is ON AIR.  Amidst the tumbling torrent that was the 1920s, Frank and Flora Conrad were on the edge of discovering mass broadcasting. These two unsung radio pioneers broke through the static and established the first radio station in America in their unassuming garage in East Pittsburgh.  ON AIR follows their untold love story, and how radio became a constant companion, messenger and soundtrack of our lives over the past century of American life.

Just as Frank and Flora’s creative partnership brought a bold new invention, Conner and Smith bring us this captivating final “Bold New Work,” a celebratory culmination of their five year cycle of critically acclaimed musical premieres at Creative Cauldron. (Turn of the Screw 2015, Monsters of the Villa Diodati 2016, Kaleidoscope 2017, Witch 2018).

It will cost $12,000 to produce and record the original cast album.  Will you donate today?

A donation of just $35 will provide you with your own CD recording of ON AIR.

The next phase of our Bold New Works will be a "Bold New Musical Voices"competition, in which Creative Cauldron will be soliciting entries from women and transgender musical composers and writers. Our creative team, led by Matt Conner and Stephen Gregory Smith, will select five finalists from this competition and provide direction and support for a series of staged readings of the musicals performed by professional actors.

And with your financial support, ONE of those will be produced into a professional world premiere musical during our 2020-2021 season!  But to get this project off the ground, we need your help!  Not only will your donation allow us to hire professional staff to support our artists in the planning and execution of these initiatives, but will also assist with our fundraising efforts to support this program along with the breadth of programs that we currently offer.

Will you support Bold New Musical Voices? For each $50 donation you will be invited to participate in one of the staged readings as well as be invited share your opinion, questions and reactions with the creative team.  A donation of $250 will give you access to all of the readings! A donation of $500 or more will provide you a special invitation to a private reception with the creative team and the winner of the competion.