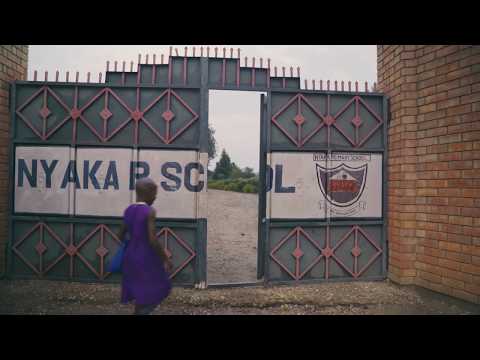 Nyaka provides free education to children who have lost one or both parents to HIV/AIDS. Students receive a high-quality education, nutritious meals, uniforms, books, medical care, and school supplies. In addition to operating two primary schools and a secondary school, Nyaka operates two public libraries, a farm, two medical clinics, and community clean water systems for the community. Support is also highly focused on over 10,000 grandmothers who care for an estiamted 60,000 orphaned and vulernable children in the districts of Rukungiri and Kanungu.

Nyaka works in a very remote region of Uganda. Children in this region encounter significant barriers to escape the cycle of poverty. Additionally, children orphaned by HIV/AIDS are dealing with grief from the loss of their parents. Many have cared for, or are currently caring for, a parent dying from HIV/AIDS. Orphaned children often take on adult responsibilities in their households including raising younger siblings and generating income, leaving them no time to attend school. Despite efforts of individuals in the community to provide guardianship and support, the need continues to overwhelm their resources.

More than 90% of students are double orphans, meaning they have lost both of their parents. The stigma associated with HIV/AIDS in Ugandan communities also adds to the difficulty of orphaned children finding support. This can increase their vulnerability to sexual exploitation, human trafficking, and other serious concerns. Discrimination and misogyny continues to prevent girls from being as successful as they could be. While girls and boys have similar attendance in primary school, girls’ education often ends earlier. This can be because of pregnancy; lack of sanitary napkins; child marriage; sexism in households and in schools; and sexual assault.

After the HIV/AIDS pandemic devastated an entire generation, grandmothers began raising the orphaned children. Some grandmothers that Nyaka serves are raising as many as 12 grandchildren, some of whom are not even related. These courageous women are raising children without any social services or support. They often live in extreme poverty and poor living conditions. They struggle to provide even the most basic needs, such as food and shelter, for the children in their care. Many grandmothers cannot afford to send their grandchildren to school, which means that these children will most likely remain in poverty. Grandmothers who are able to afford school fees and expenses must often choose which of their children will be educated, as they are unable to afford to send all of the children in their care to school. Nyaka’s Grandmother Program supports these women who have taken up parenting again later in life. Nyaka meets the needs of these grandmothers by providing them with microfinance loans; building latrines, smokeless kitchens, and houses; distributing tools; and training the grandmothers in life skills.