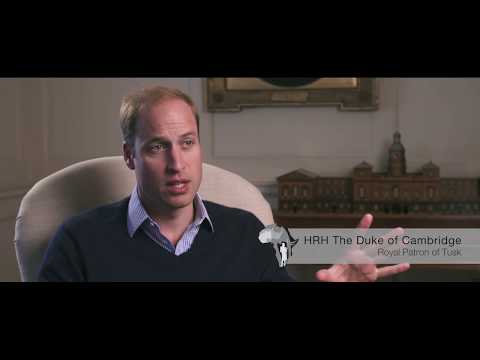 I’m running for the rhinos! Help me raise money for Africa’s wildlife by donating to my campaign for the 2020 London Marathon.

Many of Africa’s most iconic animals like the elephant, cheetah and rhino are in danger of disappearing forever. Back in June, I had the privilege of attending a Trivia Night to support Tusk [[spoiler alert: I'm terrible at trivia, don't put me on your trivia team other than for moral support]] and while I was aware of the threat of extinction, I didn't quite grasp the alarming rate at which it was happening and its consequences. Did you know we are losing species at between 1,000 and 10,000 times faster than the natural extinction rate? Learning these realities was eye-opening for me, which is why I’ve committed to raising $2,500 for Tusk in support of their wildlife conservation efforts throughout Africa.

Please consider donating! In return, I will run 26.2 miles through the streets of London, maybe in fancy dress.

For almost thirty years, Tusk has supported forward-thinking and successful conservation intervention in Africa. From the plains of the Serengeti to the rainforests of the Congo Basin, we’re working towards a future in which people and wildlife can both thrive across the African continent.

Poaching, habitat loss and human-wildlife conflict are having a devastating impact on Africa’s wildlife. We believe local people and organisations are best positioned to address these threats, but are often under-resourced and lack the recognition they deserve. By partnering with leading and emerging conservationists across Africa, Tusk secures donor funding to invest in the best grassroots conservation initiatives – helping to increase their profile and maximise their impact.