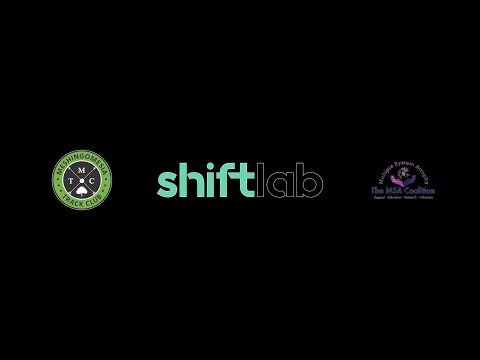 "Don't give up, don't ever give up" were the words of the late Jim Valvano as he doubled down in fighting cancer with every breath he had left. Jimmy V didn't win his personal battle with cancer, but he, and others like him, will win the war against cancer. Their inspiration has helped raise more than 5 billion dollars towards cancer research over the last 17 years, and as a result, treatments and survival rates have continued to advance. Inspiration + Resources = Changed Lives.

The inspiration of this GoFundMe? Debbie Dailey. In 2015 Debbie was diagnosed with a rare neurodegenerative disease known as Multiple System Atrophy (MSA). As the name suggests, bodily systems slowly shut down and rob the affected of their ability to function, and eventually, live. She is one of roughly 40,000 people currently living with the disease. A mother of 3 and grandmother of 10, this recent retiree had a few decades in front of her that were sure to be full of adventure and promise.  She had parents who had both lived into their 80's, and she had taken phenomenal care of herself throughout her adult life by establishing healthy habits, following a healthy diet, and walking more than 15,000 miles.

After a diagnoisis like MSA, it would be easy to give up.  You've followed the rules your entire life, you've dedicated all of your time to others, and now, 69 years later, you're diagnosed with something that is incurable, aggressive, and woefully underfunded in terms of research. Yet despite the mental and physical grind that each day is, like Jimmy V, Debbie Dailey is not about to give up. Standing is a chore, falls happen daily, and things regress with each passing month. Yet she still gets on a treadmill every single day to walk 1.5mi at a snails pace, one of the many things she does to help temporarily fend off the inevitable, a lack of self-sufficiency. To call Debbie an inspiration would simply be an understatement. The way she lived her life before this disease was an inspiration - however, the way she's approached this grueling disease is nothing short of remarkable. That said, an inspiration on it's own has limitations in terms of impact. And this is where we are humbly asking you to jump in. Inspiration + Resources = Changed Lives. We don't know if Debbie will win her personal battle against this disease, but with the help of your resources, we believe she can, at a minimum, be a key contributor to winning the war against MSA in the coming years and decades for the 10s if not 100s of thousands who will be living with the disease over that time frame.

This is why we are running, this is why we are cycling. To raise awareness, and to generate revenue for the MSA Coalition, an incredibly efficient non-profit organization dedicated to advancing treatments and cures of this debilating disease. You may not realize it, but you have a chance to be a part of changing the lives of 10's of thousands of people. We humbly ask for your support and/or encouragement as we look to move the needle for those who struggle to move each and every day.