In one way or another, cancer hits all of us.  This September, with the support of RISE Boxing, 5 For The Fight, and the Park City/Salt Lake City community, help us hit cancer back.  Literally.

RISE Boxing is hosting the inaugural Mountain Mettle charity boxing event on Saturday, September 28 th at the Park City Mountain Resort base area at Corner Store.  In order to knockout cancer,  fighters from the PC/SLC area will be fundraising throughout their training camp as they work towards their first amateur boxing match!

Cancer has hit the founders of RISE Boxing directly both amongst family and friends. They have been inspired by some of the hardest fighting members in their gym, those battling cancer who still continue to show up and test their mettle everyday. This event is an opportunity for us to give back and to show our allegiance to making progress towards the fight against cancer.

Over the next several weeks, these fighters will give their all through an 8 Week Fight Camp, as they prepare for their first moment under the spotlight. Along the way, fighters will be raising funds for cancer research, care, and awareness. You can support them by going to their page and donating now!

You can also support the fundraiser through a general donation. Help us reach our goal!!

All donations gathered through 5 For The Fight for this event will fuel cancer researchers at Huntsman Cancer Institute of Utah. 5 For The Fight invites everyone to give $5 for the fight against cancer.

On September 28th, these fighters will step into the ring; and every one of them will emerge a champion.

$2,000 receives custom RISE boxing gloves and a 5 For The Fight + RISE hoodie

Posted by Five For The Fight Foundation 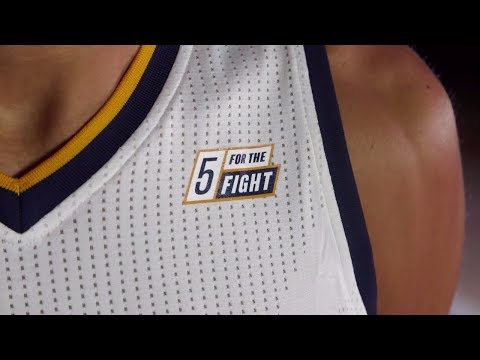