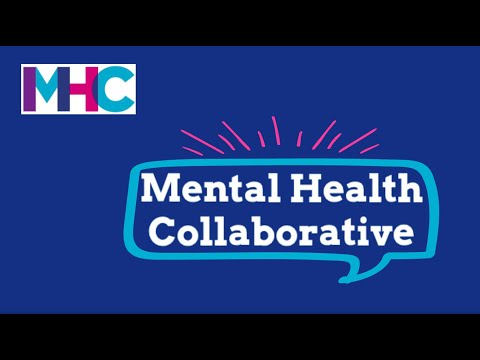 We are raising money for the Mental Health Collaborative for their tireless efforts of ending the stigma surrounding mental health conditions. The Mental Health Collaborative aims to deliver mental health literacy training to schools, communities, and organizations all across the US. These pieces of training aim to spread awareness, inspire conversations, bring hope to those suffering from mental illnesses, and end stigma. All money raised from this fundraiser will go toward these efforts.

Approximately 1 in 5 adults in the US experiences a mental illness each year. Veterans are at particularly high risk for mental illness.

· More than 3 out of 4 active-duty service members hospitalized for PTSD have additional mental health diagnoses, such as alcohol abuse

My classmates and I are trying to raise money for the Mental Health Collaborative non-profit organization, not just because their vision is admirable and well thought out, but because we all have been personally affected by mental health issues at some point in our lives. This noble cause is so important to all communities. With prevention and education, people’s lives can be saved, and people’s pain can be eased with professional help. People should feel they can seek out help for their illness without shame for an illness they did not ask for. No person ever asks to get a disease or illness. May is just around the corner and is Mental Health Awareness Month. Statistically, there is at least 1 person you know who is currently suffering in silence with one or more of the many mental health disorders affecting society today. Let’s all challenge our assumptions and end the stigma.

“If you don’t mind, we’ll take on the matters”

"There are certain points in time where you reflect on your past experiences and realize that certain environments you were in were not ‘normal,’ yet you continuously pushed forward. You pushed forward without understanding the potential strain you’d put on yourself mentally and emotionally and how this may also impact those individuals around you. During my time in the military, I encountered many close friends who suffered from PTSD as a result of the environments that they found themselves in, and it has an incredible impact on their lives later on.

Mental illness is something that many veterans deal with as a result of the environments that they’ve lived through while protecting our freedom. We need to take the time to understand that this is nothing to be ashamed of and reach out to see how we may help those that may be suffering in silence."

"The stigma attached to mental illness is a constant barrier that many people deal with daily in our society.  As a veteran that struggles with many co-occurring illnesses including PTSD, depression, anxiety, and Traumatic Brain Injury (TBI) recovery, I have encountered negative thoughts and assumptions from others and it has had a large impact on my life. Enlisted military culture is evolving, but still years behind where it should be in terms of addressing and directing servicemembers to assistance and providing support for mental health. In June 2015, I suffered a traumatic brain injury that changed my entire life.  As a result, I began suffering migraines, inability to speak, stuttering when I was able to speak, dizziness, fainting spells,  inability to stand, neck pain, and upper back pain almost immediately.  Although the military hospital placed me in speech therapy alongside occupational and physical therapy, I continued to work in my normal work environment.  My productivity lowered tremendously and it was noticed.  I explained my situation to my superiors and was instructed to return to work as normal. I became irritable, as my dream job had now become a frustrating task and I had become a burden to not only my work team but to my superiors as well and this was apparent by their change in body language and eye contact when listening to and interacting with me.  This created a snowball effect and in order to escape my daily frustrations from work, I began drinking nightly.  In October 2015, I began having suicidal thoughts, and just weeks after - I attempted suicide.

I bring these details to light because during this four-month span I was asked weekly at each doctor’s appointment if I felt depressed, had suicidal thoughts, felt alone or lonely, and I responded with ‘no’ each time. I didn’t feel lonely, I had a husband and two children at home.  I smiled at everyone I met and posted cheerful pictures of myself and my husband with our children on social media. When I first revealed this information via social media in 2018, I was met with many former co-workers and service members who were shocked and confused.  Everyone stated they knew I was in pain, had difficulties, but never knew I had attempted suicide and began retracing how they could have pinpointed that behavior or what they could have done to assist me during the time.  In 2015 I believed that if I used the words depressed or suicide that I would be locked in the hospital’s behavior health floor or “mental ward” and be dishonorably discharged from service due to the negativity concerning mental illness.  I did not reach out for help, even with a multitude of resources available for me, and I regret it every day.  I understand now, years later, the position I was in and that if I had reached for help, utilized resources available without fear of judgment and expulsion, maybe I would have had the strength and knowledge to assist my friends, too.  I am writing this in memory of my close friend, Timothy Alan Rowold, Petty Officer Second Class, USN, November 11th, 1988 - March 7th, 2016."