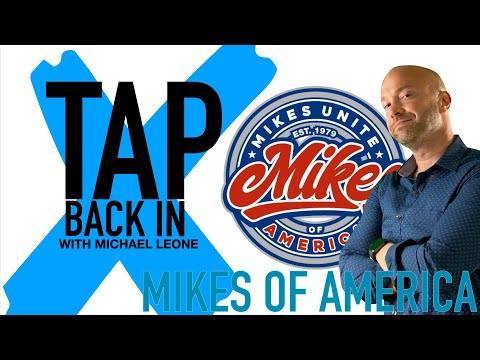 Mikes of America™, the largest name-based organization in the world, is reaching out to all Michaels for a show of unity by focusing on our national mental health crisis, rather than the things that divide us.

The club was founded by Michael David “Mike” Nelson in 1979 BC (before computers) for that very purpose: bringing Michaels together in celebration of the greatest, most popular name for guys in American history. Michaels responded in mass as membership grew rapidly to more than 20,000, including such dignitaries as Jordan and J. Fox.

According to Nelson, who has studied demographics for more than forty years, there was a massive bulge in the post-war boomer generation as more than twenty million boys were named Michael—something not likely to happen again in an increasingly diverse population.

“We are a microcosm of society at large,” says Nelson, “comprised of millions of guys from every state and walk of life, with different affinities, lifestyles, religious and political beliefs. What we have in common is the same name identity, which far outweighs any of our differences. Now, we share a common cause.”

After forty years, the club has re-emerged in a show of unity to help raise awareness and funding priority for social programs dealing with the effects of widespread mental health disorders like anxiety, depression, domestic and substance abuse.

As part of its 2021 Mikes for Mental Health campaign, Mikes of America is reaching out to Michaels in business, government, sports and entertainment to join in this endeavor. Among other initiatives, the campaign is focused on supporting the Boys & Girls Clubs of America.

Michaels have played an important role in building and expanding community outreach of BGCA, including Michael Jordan and more recently Michael Phelps.

“We urge Michaels and people of all names to support their local Boys & Clubs,” Nelson says. “This is one thing we should all be able to agree on.”