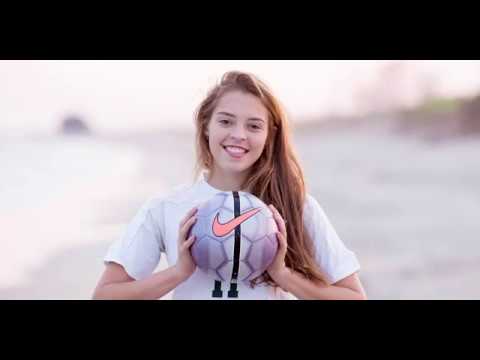 The Maddie Potts Foundation was started in order to carry on the legacy and memory of a healthy, young, 3 sport athlete. Maddie was 17 and Captain of her Soccer and Lacrosse teams when she suffered an acute brain aneursym rupture while she was about to take a free kick during a home game. Her father was filming the game for college while her younger sister, teammates and fans witnessed this tragedy unfold. She remained unconscious and died just a few hours later at Hasbro Childrens Hospital.

Maddie exemplified all attributes that a student athlete should possess. She always led by example, and dedicated her free time to helping her teammates, fellow art students and all others around her to be the very best they could be. She stood up for and reached out to new students/teammates that were not as likely to be able to stand up for themselves. Maddie's legacy of kindness, compassion, hard work, inclusive leadership, superior sportsmanship and perseverance, is what is now known as "Maddie Mentality."

Recently, The Maddie Potts Foundation launched the Maddie Potts Memorial Field House campaign. The field house will be built at the Chariho High School athletic complex, just beyond the goal Maddie was focused on before her death. It will house a concession stand, indoor handicap accessible restrooms, home and visitor locker rooms, an athletic training room, a referrees lounge and a central atrium to display many of Maddie's personal awards and team accomplishments. The goal is for the field house to be as inclusive as Maddie herself was.

On May 10, 2019, myself, Steph and Dan Potts, Maddie's parents, and four other friends will embark on an Ultra Ragnar relay race to raise money for the Maddie Potts Memorial Field House Campaign. Ragnar is about doing something together you could never do alone. Teams run relay style from the start to the end. Our Ragnar Relay is approximately 200 miles (320 km) in distance and will last two days and one night. It begins in Hull, MA and will conclude in Smuggler's Beach, Cape Cod.

Running this race is always a tough challenge under normal circumstances. Running this year for a cause so close to our hearts will bring a new meaning and purpose that will help push us toward the finish line just a little bit easier. Please consider a donation to this campaign. Your donation will go directly to The Maddie Potts Foundation,

http://www.maddiepottsfoundation.org . Thank you in advance for your contributions.